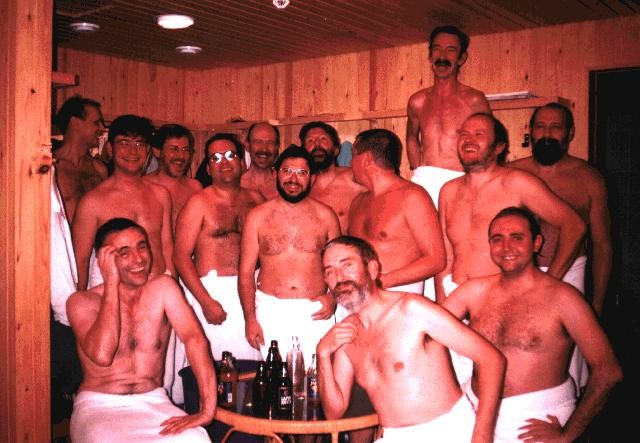 A few weeks back Post-Dispatch gossip columnist Deb Peterson had a juicy tidbit about a locker-room brawl at the tony Missouri Athletic Club - West in Town & Country.

According to Peterson, the fight occurred in the men's lounge when a club member lit up a cigar in the sauna and another member objected. The two men then got into a fight that ended shortly before the arrival of the police.

It makes for an amusing story of privileged St. Louisans behaving badly -- but its not exactly the same tale we at Daily RFT heard a few days after the fact.

According to our source, the fisticuffs was prompted by a man grooming himself in the sauna and dispensing his shaving-cream detritus all over the place. When asked by another MAC member not to shave in the sauna, the man took offense and provoked a fight. It didn't end well for the whisker-flicker. We heard he got the crap beat out of him.

Turns out, our account was the most accurate. But there's more! Not only was the guy shaving in the sauna, he was also accused of spitting and provoking the fight by calling the whistle-blower a "faggot." Don't believe us? Check out the entertaining police report (attached at the end of this post) that we recently obtained from the Town & Country police.

Oh, BTW, the whisker-flicker was 59-year-old Michael Sansone and the locker-room champion a Brian McDonald, 45.

Note: The report above is missing pages 2 and 3 because they contained redundant information. The police identified the two people involved in this incident as both "victims" and "suspects". We retained the pages regarding them as suspects and blacked out information pertaining to their social security numbers, addresses and telephone numbers. The police edited out the identity of witnesses in the narrative of the report.