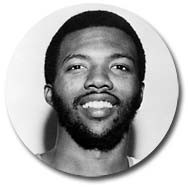 Looking back on his time playing for the Spirits of St. Louis in the 1970s, Marvin Barnes says he was one of the top five basketball players on the planet. He may well have been: As a player in the American Basketball Association, he earned Rookie of the Year honors for the 1974-'75 season and the nickname "Magnificent" for his play.

He had another nickname: "Bad News," which stemmed from his off-the-court activities.

Late last week the AOL site FanHouse published "'Bad News' Always Made Headlines", a story by Chris Tomasson based on his interviews with Barnes about the former player's twin careers: pro basketball and prolific drug-trafficking.

In the interviews Barnes, who's reportedly at work on a memoir, reveals that he was an "investor" in Paul Edward Hindelang Jr.'s drug ring: In return for $25,000 in cash, Barnes would receive 25,000 pounds of Colombian pot. Barnes would turn around and have people sell the pot on his behalf for $500 a pound (or "$300 if we like you"), bringing him more money than his ABA gig, which was a $2.1 million contract over seven years.
During this time, Barnes says, his local drug-dealing associate was Roosevelt Becton, a man the ex-hoopster describes as St. Louis' "godfather."


"I would have been one of the 50 greatest players of all time,'' said Barnes, 57, who now works with at-risk teenagers in his Men to Men program in his hometown of Providence, R.I., telling them the pitfalls of drugs. "I was one of the five best players on the planet period (with St. Louis). Just ask anybody (from) back then ... I was kicking some butt. ... But I was going on a downhill spiral. I met drug traffickers in St. Louis and they showed me another way of life. And that was detrimental to my basketball career.''

Barnes now lives in his native Providence, Rhode Island, and works with at-risk youth through the Rebound Foundation. Read the full story here.
Also, here's an RFT story about the Spirits of STL by Chad Garrison, in which broadcaster extraordinaire Bob Costas, who cut his teeth calling games for the local ABA franchise, agrees with Barnes' self-assessment: "He had such an incredible charm and personality. There's no doubt in my mind that had he not screwed himself up, he would have been one of the best 50 players ever in the NBA."