Nemsky, of Granite City, was found near his vehicle around 10:30 p.m. last Thursday in the 4100 block of Division Street in his hometown. He had been shot once in the neck.

As reported in the Belleville News-Democrat, the deceased was allegedly attempting to purchase marijuana the night of December 10 from 16-year-old Javeon D. Hawkins and 21-year-old Vincent R. Blue. 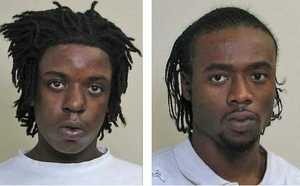 Instead the two drug dealers decided to rob Nemsky. The victim was shot in his car, drove off in reverse and crashed. He then stumbled out of the vehicle where he died. Hawkins and Blue made off with less than $100.

Both suspects were charged with first-degree murder and armed robbery and are being held without bail. Police accuse Hawkins of actually firing the gun.