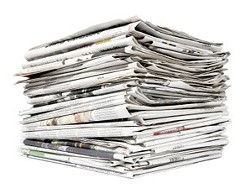 Several dozen former employees of the Post-Dispatch gathered yesterday morning outside the newspaper's office on Tucker Boulevard to protest cuts to their health-care coverage.

As first reported last week in Daily RFT, Lee Enterprises, owner of the paper, notified former employees December 7 that it planned to eliminate all reimbursements for retiree's medical coverage. The newspaper guild, meanwhile, argues that health-care insurance was guaranteed when the employees retired.

The medical coverage is the latest in a series of cutbacks Lee Enterprises has made since purchasing the newspaper in 2005.

KSDK Channel 5 was at yesterday's protest. Following is a video clip of the rally.