Has Republican State Rep. Mike Cunningham Proposed a Bill to Save Christmas? 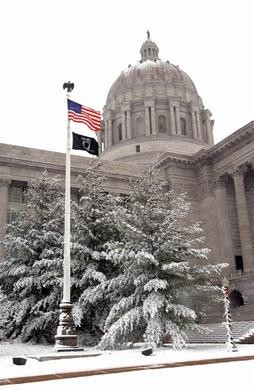 But Republican state representative Mike Cunningham of Rogersville (near Springfield) has prefiled a little piece of legislation for the coming session that would add the following to our public holiday statute: "...and the twenty-fifth of December is known as Christmas."

It would also recognize other favorites such as:

Cunningham says he's filed similar bills for the last four or five years, but they've never passed because of the fear that it's a "Christmas bill in disguise." So...is it?

"It could be interpreted that way," says Cunningham, who adds that he's a Protestant by faith. Still, he insists that his bill "pertains to all holidays."

His measure would simply require schools and any other institution that accepts state funds to refer to traditional holidays by their traditional name, he says.

"I think when Jay Leno talks to the man on the street and he asks what the Fourth of July is and they don't know, that's pretty pathetic."

(Kudos to Arch City Chronicle for noticing the pre-filing earlier this week).