A Quick Plug for Something Great: The Boys of Summer Documentary

December 15, 2009 at 2:06 AM
comment
You know, I really like to try and bring positive things to your attention whenever I can. I fail most of the time, being the sort of person for whom optimism will always be just slightly out of reach, but I try nonetheless.
So, in the spirit of positive things, I would like to tell you about something really, really good. 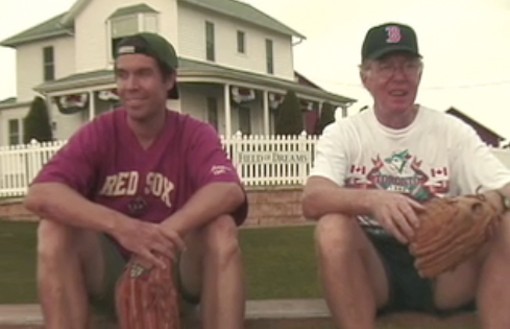 Back in the summer of 2004, a man by the name of Robert Cochrane and his father took a trip across the country to all 30 major league ballparks. Cochrane's father has Parkinson's, and the resulting documentary, entitled Boys of Summer, has won acclaim from the few people able to actually see it. Sadly, due to various issues, the film has never seen a wider release until now.
There is a fairly limited release of DVD copies of the film, and all proceeds go toward the Michael J. Fox Foundation. It's a good film, a good cause, and a good idea if you're looking for something to give someone you care about this holiday season. At the very least, check out the website at bosmovie.com and read the story of Cochrane's project.
And while you're at it, order a copy to send to Jeff Suppan, too.
See, now that was just uncalled for. Sorry, folks. And here I was trying so hard to be sincere about something I really do believe in.