Freese! You're Under Arrest 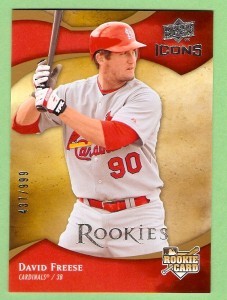 Few other details have emerged about the incident, though Freese was not involved in an accident when detained by police.

The Post-Dispatch notes this morning that Freese's arrest is the fourth time since 2007 that a member of the Cardinals has been involved in an alcohol-related incident involving a vehicle.