Ladue Rape Victim Was a Faker 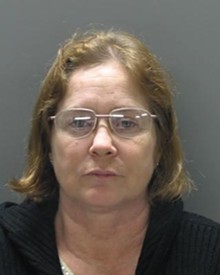 She wasn't raped in the leafy 'burb, and she wasn't disabled either.

This just in from Lt. Bill Baker of the Ladue Police Department: Virginia Burns, a 50-year-old Overland woman who claimed she was shoved from her wheelchair and raped on McKnight Road on the evening of November 28, was arrested and charged today with two counts of making a false police report and one count of marijuana possession.

Baker tells Daily RFT that when Ladue detectives arrived at Burns' house last evening to question her again about the events of Nov. 28, she rolled to her door in a wheelchair. But by the end of the visit, she was on her own two feet and headed for the police station.

She also admitted that she's not disabled and doesn't have a speech impediment, which she had previously claimed.

According to Baker, Burns not only has a guide dog and a wheelchair-accessible van, she also has a "state aid card." Asked to clarify, Baker said Ladue police are still investigating what kind of disability payments Burns may have been receiving unlawfully.

Burns had reported the alleged attack to both the Overland and Ladue police departments around 3 a.m. on November 29. She said her van ran out of gas on McKnight Road and that someone had pushed her out of chair, raped her and stolen her wallet.

"She was bruised," Baker said. His detectives investigated for twelve days.

Adds Baker: "All the people that have disabilities and rape victims who don't come forward, are afraid to come forward -- I mean, this was just a slap in the face to them all."