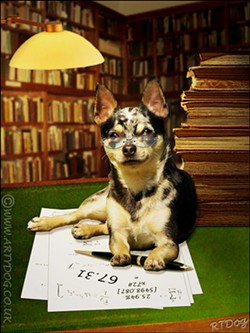 Who knew? Lots of affluent kids attend Washington University. A recent survey of Wash. U. undergrads revealed that 44 percent of the university population comes from the upper class, though many of them don't actually want to admit it.

A student group, Washington University Students for Undergraduate Socioeconomic Diversity (WU/FUSED), surveyed 520 undergraduates from all four classes. They discovered that the median household income of Wash. U. students is $180,000.

According to the United States Census Bureau, the top fifteen percent of the population, or any household that earns more than $104,000, qualifies as upper class. By that standard, about 43 percent of the Wash. U. population comes from the upper class, though only eight percent of the survey respondents identified themselves as such.

Astute commenters at Student Life, the Wash. U. student paper, have observed, though, that being rich doesn't necessarily mean you can do math.

WU/FUSED surveyed 520 undergrads, out of a population of 7,055. That's seven percent, probably not an accurate sampling.

Note that nearly one-third of the respondents did not answer the question, though they were still factored into the final percentages.

Astute Commenter Bryan observes that the students who did respond may not have given accurate information and further notes that no adjustments have been made to account for different costs of living across the nation. He also takes WU/FUSED to task for poor survey design, namely different-sized salary ranges:


The fact that there are more people in the 100k-150k range is massively unhelpful considering all of the lower income brackets are at most 20k apart. In fact, if you add up the values in the equivalent 50k-100k range, you get a much greater value than any other bracket.

Finally, Bryan argues that the social class designations are completely arbitrary, since the surveyed students were not provided with the Census Bureau classifications used by WU/FUSED. 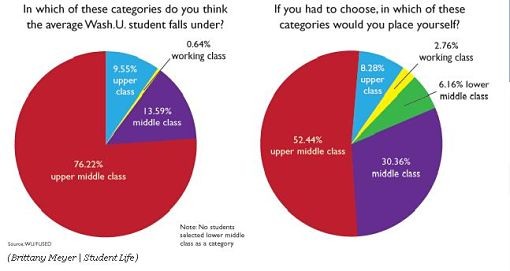 As Mark Twain observed, "There are lies, damned lies, and statistics." Or maybe it was Benjamin Disraeli who said it. In any case, at the end of their lives, both would probably have happily identified as upper class.