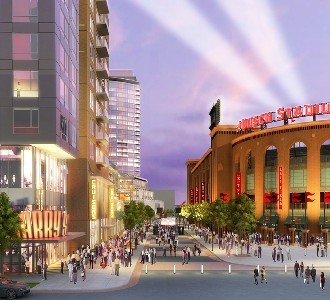 At a symposium yesterday at Webster University, Cardinals president Bill DeWitt III seemed to paraphrase what the Chicago Cubs have told their fans for the past century: "Don't count on it happening this year."

DeWitt's comment -- about Ballpark Village -- suggested that the long-overdue project will remain an illusion for years to come. Asked yesterday when construction on Ballpark Village might begin, DeWitt responded: "I'm done predicting."

DeWitt's comment got Unreal thinking: Time for a poll!