December 04, 2009 at 2:45 PM
comment
Two car chases in St. Louis led to crashes and the death of at least one innocent motorist in the past 24 hours.

The first accident happened just before 7 p.m. Thursday. That's when St. Louis police say that the Upland Parks police department pursued a Dodge Stratus into city limits. The chase proceeded down the 1400 block of Goodfellow where the Stratus slammed into a Pontiac Grand Am.

The suspects in the Stratus -- described as black teens -- fled the scene on foot and remain at large. Unfortunately, the five passengers in the Pontiac Grand Am were not as lucky. The crash killed driver Lashanna Snipes, 34, of the 2000 block of Mullanphy. Another 35-year-old female passenger is listed in critical but stable condition. Two children -- ages 12 and 13 -- also sustained injuries.

The other police chase happened around 6 a.m. this morning. That's when St. Louis police gave chase to a stolen car that had been involved in several attempted robberies earlier.

This according to the police:

Officers were pursuing a gray Chevrolet Impala that matched the description of a suspect vehicle allegedly used in several robberies overnight. These incidents included an attempted robbery in the 900 block of Skinker, a robbery at 8th and Pine, and a robbery of a victim on the Phillips 66 lot at Gimblin and Hall.

Officers had spotted the vehicle twice overnight and made efforts to apprehend the suspects but the suspects successfully fled each time. Around 6:00 a.m., the car was spotted at Goodfellow and Natural Bridge. The driver of the vehicle fled with officers pursuing, but the vehicle eventually crashed into a house at Floy and Emma. The house sustained minor damage to its gutter. 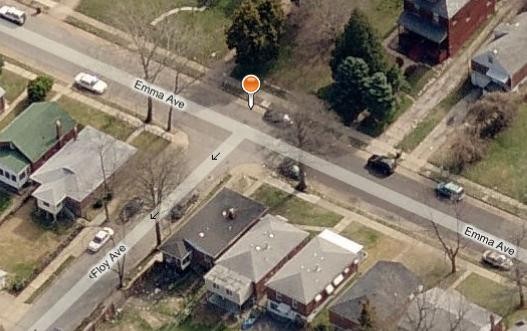 The driver of the car (an unknown black male ages 15-20) ran north on Floy. He has not been located. The other suspect, a 17-year-old black male, ran east in an alley where officers stated he pointed, what they believed to be a gun at them as they chased him on foot. The officers, in fear for their safety, fired at the suspect but he kept running.

The suspect jumped a fence and ran north through several yards while jumping additional fences and again pointed the object the officers believed to be a gun. The officers fired again and a short time later found the suspect hiding in a yard. The suspect was shot multiple times. He was taken to an area hospital in stable condition. No officers were injured.

There were two suspects in the car at the time of the crash but witnesses stated there were three suspects in the car at the time of some of the earlier robberies. The Impala was reported stolen on December 3 from the 400 block of Chambers in St. Louis County. Police have recovered four guns at the scene and are conducting a detailed search of the area where the suspects ran in an effort to determine if additional weapons or evidence can be recovered. The officers involved in the shooting are 26 and 28 years old and have both been police
officers since July of 2008.

They will be placed on administrative leave which is standard procedure in any officer-involved shooting. The investigation is ongoing.