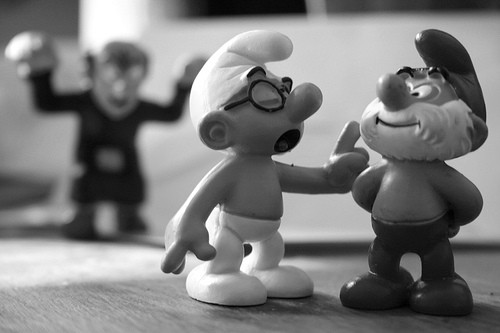 As you and your seedier friends know, one cannot buy huge amounts of meth ingredients, such as pseudoephedrine, in the same place at the same time in Missouri. What you can do, however, is go "smurfing," i.e., pharmacy-hopping to purchase many small batches.

Well, a bi-partisan pair of state reps -- Republican Scott Lipke and Democratic minority whip Jeff Roorda -- want to close that loophole. They've pre-filed a bill for the next legislative session hoping to restrict the sale of pseudoephedrine and require a prescription for it.

There's a bit of momentum for this kind of thing. The state of Oregon already requires a prescription for pseudoephedrine.  Washington, Mo., became the first town in our state to do the same, and has since experienced a huge drop in sales. Another town in Franklin County -- Union, Mo. -- has passed a similar measure. Though yesterday, it should be noted, nearby Sullivan voted one down.

Jefferson County will conduct a final vote this coming Monday on its own anti-smurfing ordinance,  which county executive Chuck Banks expects will pass. The ordinance, he tells Daily RFT, will require a prescription for pseudoephedrine from a licensed health care professional, and the prescription may only be filled out at an authorized pharmacy.

"We're never gonna stop the drug addiction," he says. "That's not what this is about. This is about the hazardous process of cooking pseudoephedrine, which endangers not just the meth cooks, but everybody else around. This [ordinance] just certifies that the purchaser is sick."

Banks says if the measure goes through, it will only affect the unincorporated areas of Jefferson County. He plans to help spread it into the municipalities, where he says it enjoys broad support.

However, he says, "the over-the-counter pharmaceutical lobby is very powerful."

Meanwhile in Jefferson City, Lipke wants to push his bill through the legislature as soon as the new session opens (attempts last year failed). He deplores the "scare tactics" used by the drug industry, which he claims have convinced citizens they'll have to wait in line to see their doctor and then have to fork over the co-pay just to get a prescription for something they can currently get without any hassle.

"There are alternative medications currently available to treat the same symptoms," Lipke insists, adding: "If you're one of the few people who have to have pseudoephedrine, then it may be just as simple as calling your doctor for a prescription."

The drug industry, according to Lipke, favors a real-time monitoring system, which would allow pharmacists to identify smurfers as they come up to the register trying to purchase the drug over-the-counter. Lipke says he's entertained that idea, but remains skeptical it would work as well as his prescription-requirement legislation.

"Missouri is number one in meth lab incidents," he says. "We should be ashamed of that."

Check out the text of his proposed House bill here.