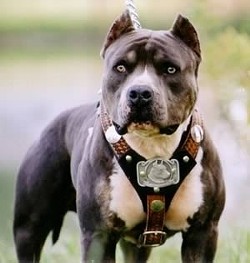 Rosie L. Humphries, 85, was walking her pet poodle yesterday afternoon in the small town of Flora, Illinois (100 miles due east of St. Louis) when she was attacked and killed by a pit bull.

According to reports, the dog was tied up with a log chain when it broke free and charged at Humphries and her pet. The incident occurred around 2:20 yesterday afternoon. Humprhies and her dog died at the scene.

The pit bull was captured by Clay County officials and euthanized. As of last night the owner of the put bull had not been identified and no charges had been filed.