Looters Leave Swank CWE Store With $16,000 Worth of Jeans

December 01, 2009 at 7:00 AM
comment
St. Louis Metropolitan Police Department officers are asking for the public's help in identifying a a quintet who recently broke into Adriano Goldschmied and made off with more than $16,000 worth of jeans. 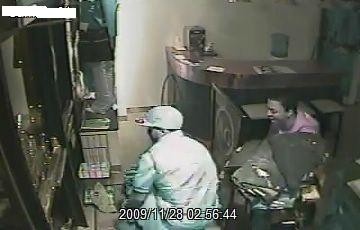 The men -- described by police as five black males -- busted through the front door of the swank Central West End boutique in the wee hours of Friday night/Saturday morning.

Check out the time stamps on the surveillance footage (above and after the jump): They show the crime occurred at 2:56 a.m. And went down in about 30 seconds.