November 24, 2009 at 10:47 AM
comment
The Rams need a new quarterback.
Now, before you get all upset, thinking I'm getting ready to bust on Marc Bulger, I promise that's not what this is about. There will be plenty of time for that the rest of the season, when Bulger is throwing picks or holding onto the ball too long and taking a loss of seventeen yards.
In fact, I'll go so far as to say this about Marc Bulger: he's actually been pretty good lately. He was pretty good against Detroit, though Steven Jackson did the heavy lifting. Bulger was actually a little better than pretty good against New Orleans, though he did contribute to the collapse of that last gasp drive the Rams put together at the end of the game. He was pretty good this past Sunday, as well, putting up some fairly solid numbers against Arizona. (Of course, he did also fail when it came to crunch time again, doing absolutely nothing at the end of the game, when the Rams had the chance to tie it up, but we'll just kind of let that go, kay?)
No, I don't mean the Rams need to make a change at quarterback. What I mean is the Rams desperately need to figure out who their next quarterback is going to be, and that means the draft. You look at the Rams, and they aren't a good team yet, by any means, but you can see the outline of what a good Rams team might look like. What they need now is to find the guy who will pull all that together. 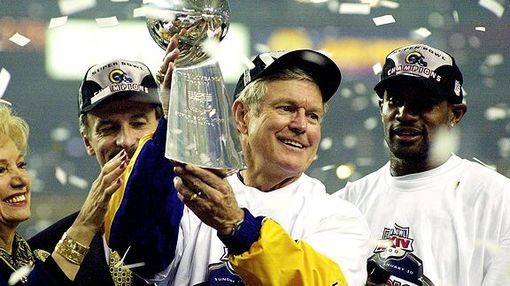