November 20, 2009 at 4:09 PM
comment
You have a weekend, then a short week, and before you know it, you'll be in line outside the electronics store at 4 a.m. waiting to get flat-screen TV at deep, deeeep discount.

So please, enjoy this final weekend before holiday madness descends on all of us. Here are ten options for weekend fun for $10 or less, which is about the only thing these events have in common, besides their St. Louis location.

Dale Chihuly at the Duane Reed Gallery (Opens Friday)
While nature is settling in for a long winter's nap, Dale Chihuly's glass pieces -- best known in St. Louis for being on display at the Missouri Botanical Garden are as lively as ever -- and they're within the warm confines of the Duane Reed Gallery (4729 McPherson Avenue; www.duanereedgallery.com or 314-361-4100) beginning Friday, November 20. Opening with a free public reception from 5 to 8 p.m., this exhibition of Chihuly's latest work features the stunning winter-whiteness of Palazzo Ducale Tower, a writhing, elegant form that will tower over gallerygoers, shimmering and shining all throughout the winter -- well, almost. The show remains on view Tuesday through Saturday until Saturday, January 30. Alison Sieloff has more details for your right here.

The Pillowman at Washington University-A.E. Hotchner Studio Theatre (All Weekend)
The Washington University Performing Arts Department presents this dark work written by Martin McDonagh at 8 p.m. Thursday through Saturday and at 2 p.m. Saturday and Sunday (November 19 through 22). In The Pillowman, Katurian, an author of grim short stories about violence against children, is arrested when kids in town are murdered in a fashion eerily similar to what's described in his tales. The author's brother is also in the hot seat down at the police station, and as the cops try to sort out what's what, the brothers reveal some haunting details about their upbringing. Fortunately, for those on the sunnier side of life, the officers serve as a kind of comic relief throughout the play, saying crazy things and playing good-cop-bad-cop, so it isn't all murder and mayhem. The Pillowman is staged at the A.E. Hotchner Studio Theatre (6445 Forsyth Boulevard); tickets cost $10 to $15. Ms. Day provides more details here.

Elvis Perkins in Dearland at the Gargoyle (Friday)


Growing up in Los Angeles, Elvis Perkins picked up the saxophone at an early age and received guitar lessons from the Knack's Prescott Niles, "a rock & roll guru" who was teaching around the city. "I was at a friend's house and [Niles] was showing his recently acquired electric guitars, Guilds. I knew I needed to possess that power as well. I joined the ranks of the young dudes who were studying under his wing. Excerpt pulled from this week's music feature story by Roy Kasten.

See Elvis Perkins in Dearland for just $10 at the Gargoyle on the Washington University campus (1 Brookings Drive, in the basement of the Mallinckrodt Center.) It's free for those with a valid Wash. U. ID. 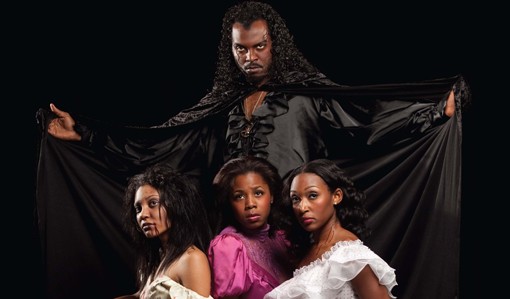 Dracula at Emerson Performance Center's Bank of America Theatre (Friday & Saturday)
Long before Twilight: New Moon, there was Bram Stoker's Dracula, first published in 1897. This tale of Count Dracula and his undead ways hits the stage this weekend, thanks to the Harris-Stowe State University Players. Get caught up in the fangs at 8 p.m. Thursday through Saturday (November 19 through 21) at the Emerson Performance Center's Bank of America Theatre (3026 Laclede Avenue; www.hssu.edu). The production features special effects, period costumes and even a dance number, so you'll be getting more than your money's worth out of your $5-to-$10 ticket. Alison Sieloff has more details here.

Whitey Morgan and the 78's at Off Broadway (Friday)
Music writer Shae Moseley can lay claim to the sole reference of "Nashvegas" in this week's issue, in his preview of the Whitey Morgan and the 78's show on Friday night at Off Broadway. Moseley writes: "On 'If It Ain't Broke,' he laments, 'Nowadays in Nashville, it's like the Hollywood of the South/So-called country singers singing songs they know nothin' about.' Of course, these tipsy barroom testimonies to country music traditionalism wouldn't be necessary if the overblown Nashvegas establishment didn't exist to rail against -- and Whitey Morgan and the 78's do it better than most, with a rabble-rousing honky-tonk attitude that "sure sounds like country to me.'" The show costs $10 and is at Off Broadway (3509 Lemp Avenue.) Read the rest of Moseley's preview here.

More options are on the next page...

Maplewood Arts Walk (Friday)
From 6 to 9 p.m. Friday, Maplewood hosts its first-ever Arts Walk, with more than 20 businesses participating with "open houses." Friday night's weather forecast calls for clear skies, so thankfully, you can leave the umbrella at home. It's free. More information is at the City of Maplewood Web site. 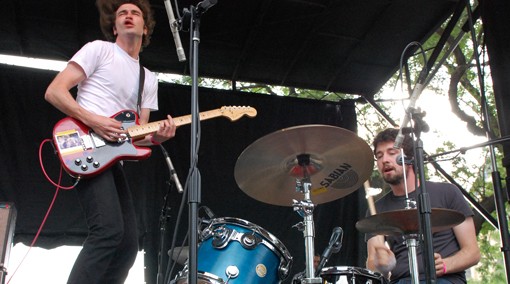 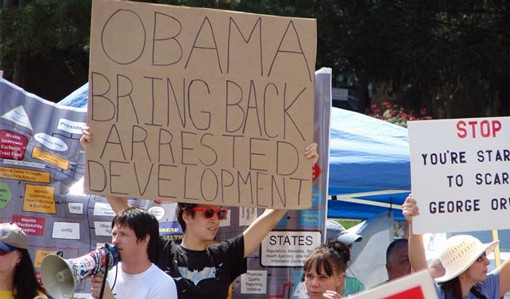 
"Wash U Young Americans for Liberty (WUYAL) and Campaign for Liberty (C4L) are hosting a protest outside the St. Louis Federal Reserve in support of the Audit the Fed bill in Congress. The actions of the Federal Reserve significantly attributed to the current economic crisis, and still prevent the economy from quickly recovering. HR 1207, the Audit the Fed Bill, now in Congress, will allow the Government Accountability Office to audit the Federal Reserve, something currently not allowed. It's vital that the government realize Americans want transparency in their monetary system."

So there you have it. The protest gets going at 1 p.m. and should last until 3 p.m., say organizers.

St. Louis International Film Festival at Various Locations (Ends Sunday)
SLIFF's eighteenth installment will come to a close with a free party and awards ceremony at the Moonrise Hotel at 8 p.m. on Sunday, November 22. But read on for a small sample of what else is in store for this week. Plus, click here for information about a triple bill playing at Webster University that includes Errol Flynn's The Adventures of Robin Hood, and click here for a sneak peek at two films about legendary local bands Mama's Pride and Pavlov's Dog. Read our full story here: "Parting Shots." Admission is $10 for the public, but various discounts are being offered.