November 20, 2009 at 9:50 AM
comment
In the fall of 2006, shortly after the death of her mother, the feminist writer and critic Ellen Willis, Nona Willis Aronowitz met up with her friend Emma Bee Bernstein for brunch.

"I'd been bombarded with my mom's colleagues, friends and students, people who had been influenced by her," Aronowitz remembers. "I had feminism on my mind. Emma had wanderlust. Both of us were stuck in this New York bubble. We wanted to find out what issues were important to women all across the country." 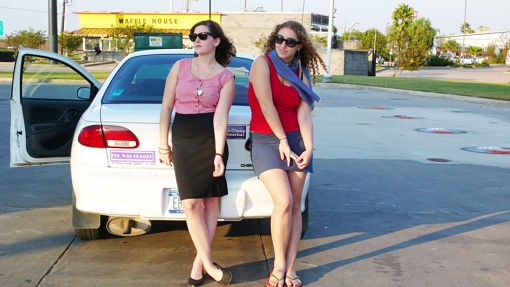 That day, the two women resolved to take a massive road trip and find out what feminism meant to young women outside New York. Unlike most people who make such grand resolutions, particularly over bloody Marys, they followed through and chronicled their trip, which mostly took place in the fall of 2007, in the new book Girldrive. Aronowitz, a journalist, wrote most of the text and Bernstein, a photographer, took most of the pictures.

Over the course of their journey, which took them from New York to California with stops at many points in between, they interviewed nearly 200 women, not all of whom identified as feminists.

"There were two types of women who said they weren't feminists," Aronowitz says. "Some didn't know what the term meant, or they were bogged down in stereotypes. Others knew the term, had studied and thought about it, and rejected it because of its exclusive history. They thought it was marginalizing, or they didn't like labels."

Many of the women who rejected the "feminist" label were non-white. "My first impression was that it was an angry white woman thing," a black woman in Portland told the two travelers. Another woman in Seattle said she considered herself a "pyramidist" who wanted to tackle the problem of inequality for all people. "I'm not a feminist," she said. "I'm a person."

The "turning point" in the trip, Aronowitz says, was a conversation she and Bernstein had in Nashville with a Vanderbilt University medical student named Lauren who was a devout Christian and condemned both abortion and casual sex.

"She was the pinnacle of the 'feminist enemy,'" says Aronowitz. "If I'd heard about her over the Internet, I would have thought we would not have anything in common, ever. But for the first half hour, we didn't know any of this. We talked about midwifery. And then the pro-life stuff came up.

"My ideas became a lot more complex," she continues. "I became convinced that face-to-face interactions were key. Online, you only deal with your friends and everyone can get very dogmatic."

During the second half of the trip, Aronowitz and Bernstein made more of an effort to talk to conservative-minded women, including a young woman in Chicago who aspired to become a nun.

The interviews in Girldrive are interspersed with diary entries describing Aronowitz's and Bernstein's states of mind during the trip. On Halloween, they found themselves in Las Vegas and decided to dress up as "Bella Abzombie" and "Emma Ghoulman" and go out with another friend. Aronowitz writes:


We're having fun until I start to get irrationally upset when Emma wriggles into her miniskirt in the middle of the street. Great, now I have the frumpiest costume of the three of us, I think. Emma sucks down more free drinks and bats her eyelashes at a guy who I have been talking to all night. I don't even like him, but that's not the point....Why does it always boil down to this?

Bernstein committed suicide last December, while the final editing of the book was underway. "Her feminism and the story of Girldrive had nothing to do with her depression," Aronowitz says. Part of the final book, though, is a memorial to her friend and her work and the postscript is an impressionistic essay Bernstein wrote about their travels. 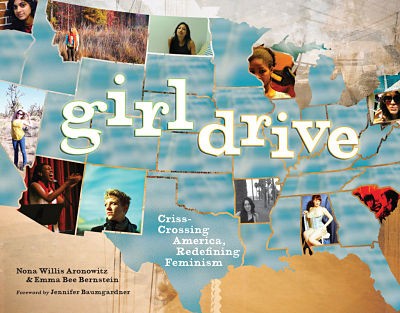 Aronowitz, who currently works as a reporter and editor for TribLocal, the Chicago Tribune's suburban website, continues to maintain the Girldrive blog. She has no plans to do another road trip -- "my partner in crime is gone," she explains, "and it disrupts your life too much" -- but she hopes the project will inspire other women to take their own trips and connect with one another.

This Sunday, November 22, she will be at Left Bank Books in the Central West End. Though she and Bernstein passed through here on their trip, they didn't talk to anyone. (Instead, Aronowitz mourned the one-year anniversary of her mother's death.) "Maybe we'll have a couple of St. Louis women who will continue to blog," she says, "and let us know their thoughts on feminism."

After the jump, the Girldrive book trailer:
The trailer contains actual footage from the trip.