November 19, 2009 at 12:38 PM
comment
Astute city-watchers will have noticed some changes on the six-block stretch of South Grand Boulevard between Arsenal and Utah in the past few months: fewer driving lanes, new stoplight patterns, wider crosswalks and those weird little bulb things to keep impatient drivers from trying to cut ahead and mow down a few pedestrians. The changes were all part of the St. Louis Great Streets Initiative, a plot by a cabal of urban planners to turn St. Louis' streets into "interesting, lively and attractive streets that serve all modes of transportation."

Now, two months in, the new and improved South Grand has been earning praise from urban planners nationwide as the future of city streets. (Imagine: St. Louis in the vanguard!) 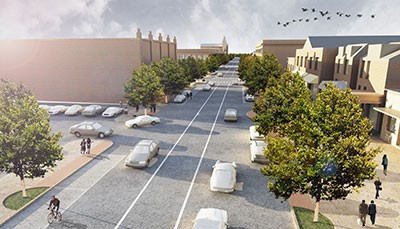 The goal of the Great Streets Initiative echoes the philosophy behind "complete streets", which, as described by the urban planners on the National Complete Streets Coalition, gives equal priority to all forms of transportation.

The idea is, encouraging people to walk or ride their bikes through urban corridors (like South Grand) is a way of cutting back on carbon monoxide emissions and accidents. (In the first half of 2009, South Grand saw 80 car accidents and one pedestrian death.) Also, if people pass by stores at a slower pace, they may be tempted to buy things and support local businesses.

South Grand is the first street to be transformed into a "complete street" under the Great Streets Initiative. (On the docket are Natural Bridge Road, the swath of Manchester Avenue that cuts through West County and the small Missouri River town of Labadie in Franklin County.) And apparently its success has been, um, complete.

The changes to the streetscape, originally intended to last just 30 days, have been made permanent.

"I was concerned about getting 25,000 cars a day through at Grand and Arsenal," Alderman Steve Conway told The Architect's Newspaper. "And now, we're getting the cars through, and we've slowed the traffic."

Conway noted that a survey showed that St. Louisans preferred the "new" South Grand at a rate of 10 to 1. 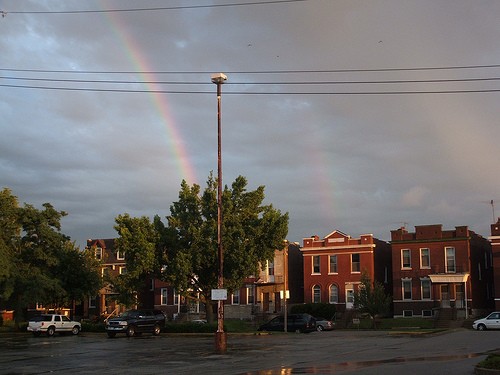 The Design Workshop in Aspen, Colorado, designed the changes to South Grand, as well as the other streets under the Great Streets Initiative. Kurt Culbertson, the lead architect, plans to add lots of landscaping, which will soak up excess water and prevent the street from flooding. The whole project was funded by $2.7 million in federal stimulus money.

Ideally, the whole project will help build a sense of community in car-dependent St. Louis. "Is it to serve the neighborhoods and the businesses, or is it to help people get through the area as quickly as possible?" said Terry Freeland, manager of corridor studies for East-West Gateway, the organization behind the Great Streets Initiative. "The idea here is to try to balance those two needs."