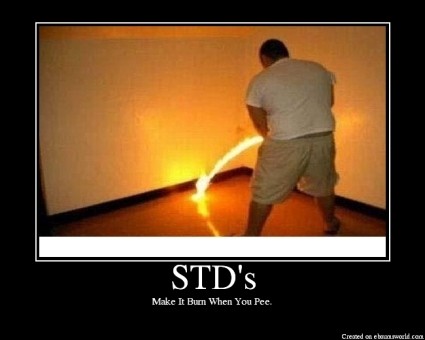 St. Louis shares many things in common with Baltimore, Maryland. We have the same brick infrastructure, the same *&%@ed up government, the same run-away crime and -- now -- the same STD.

Yesterday the Center for Disease Control published findings indicating that Baltimore has surpassed St. Louis as the most chlamydia-infested region of the country.

Yesterday came news, too, that St. Louis is also no longer No. 1 among people with gonorrhea. That title now goes to Richmond, Virginia.

St. Louis was No. 1 per capita in cases of chlamydia and gonorrhea in 2006 and 2007 and has ranked in the top five (warning link NSFW) of cities plagued by the STDs since 2000.