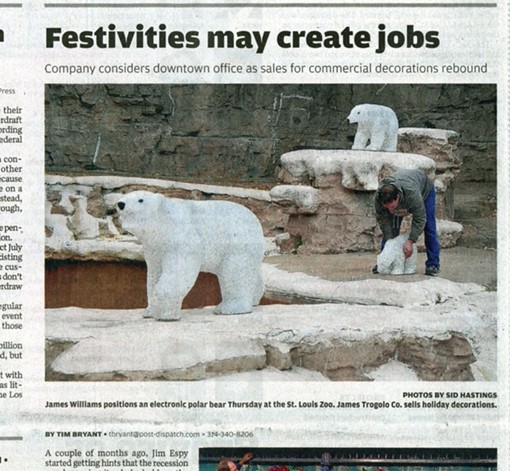 If you'll recall, the zoo hasn't had much luck keeping polar bears in recent years. The zoo's last polar bear, Hope, was euthanized in April when veterinarians found it had cancer.

In May 2005 another polar bear, named Churchill, ate a fatal helping of cloth and plastic inside its bin and died while undergoing stomach surgery. Five weeks later, a polar bear named Penny died at the zoo from infection. Turns out, she had two dead fetuses inside her uterus, though zoo officials didn't know she was pregnant.

So, what's the solution to those problematic real polar bears and their pesky habit of dying?