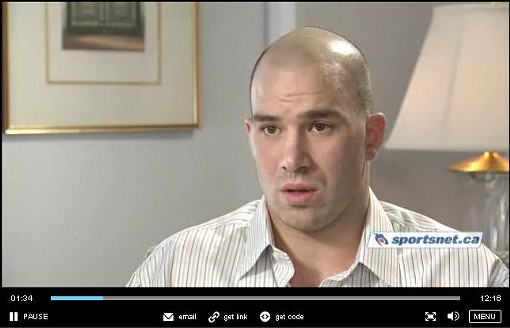 Mike Danton sat down this week with Canadian broadcaster sportsnet.ca.

Danton, now 29, tells about his life and mental state in 2004 when he was convicted of in federal court in East St. Louis of hiring a hitman to kill his sports agent David Frost.

But as Danton tells sportsnet.ca, he was really trying to kill his biological father. He also says he found the allegations of a homosexual relationship between him and Frost as "laughable."

Check out the entire interview by clicking on the following links: