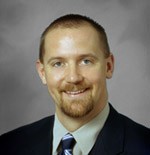 Earlier today Daily RFT shared an announcement about a new professional soccer league that plans to bring a team to St. Louis.

This afternoon, we got in touch with the league's spokesperson, Jeff Cooper, the Illinois attorney who's been trying to bring a Major League Soccer (MLS) franchise to St. Louis for years.

Cooper already owns the professional women's soccer team, St. Louis Athletica, and will also be the principal owner of the men's outdoor team when the new league starts this coming April.

Daily RFT: This is exciting news for soccer fans in St. Louis. How long has this new league been in discussion?

Cooper: About six months, although the other teams in the league [Atlanta Silverbacks, Carolina Railhawks, Miami FC, Minnesota Thunder, Montreal Impact and Vancouver Whitecaps] first formed a team owners association about two years ago. Until now, those teams have played in the United Soccer League - First Division, which was owned by Umbro then Nike and then sold again in August. The owners wanted a league they could control.

How is the quality of play in this league compared to that in the MLS?

On the field, it's very similar. Teams from the USL fare very well in tournaments against teams from the MLS. Where the MLS always beats the USL, however, is in the PR and the marketing. That's because the USL has always been owned by a third party (Umbro and Nike) that -- naturally -- was more interested in apparel sales than running a league.

Does this mean you're no longer pursuing an MLS team for St. Louis?

We're going to continue to look at that. Right now the MLS is charging $40 million for each new expansion team. We just can't justify that cost at this point. We remain in close contact with the MLS and they are supportive of this league. Bringing an MLS team here is something we'd love to do for the city. But this is a good alternative and makes economic sense.

What's the name of this new league?

That's one of the many questions we need to answer in the next six months.

Okay, how about a name for the new St. Louis team?

Again, we have a hell of a lot to do, from finding a name to getting a coach and players. The good news is that with the Athletica we have all the back-of-the-house infrastructure in place. We plan to roll out a name and ticket packages in the next 30 days.

In the past you've proposed building a large soccer stadium in Collinsville, Illinois. Is that where the new team will play?

Last question: How much does it cost to fund a professional soccer team with players and coaches and everything else?

We're thinking about $3 million or so per team. Then again, the league does not have a salary cap.