Over the Weekend: Leonard Cohen at the Fox Theatre and Son Volt at the Pageant

November 09, 2009 at 8:28 AM
comment
A great weekend to be outside and that's what how many of us spent it -- but on Friday and Saturday night there were two great shows to check out, if you could get a ticket. Here's a recap of our weekend coverage:

Son Volt at the Pageant

Son Volt, led by Millstadt, Illinois native and former Uncle Tupelo member Jay Farrar, played the Pageant on Friday, to bunches of long-time, loyal fans. Music writer Robin Wheeler was in the audience, and finds Farrar has "matured musically and has found a band that cooperates with his musical vision while honoring his past. [Farrar] keeps progressing." The band released a new record in April, American Central Dust. The RFT spoke with Farrar about that record in July in this interview.

Read more about Son Volt's show at the Pageant with this full review: "Show Review: Son Volt at the Pageant, Friday, November 6."

Leonard Cohen at the Fox Theatre 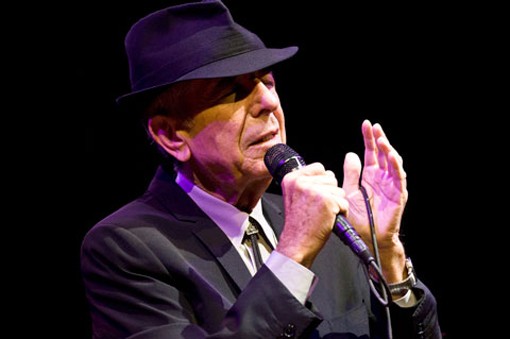 "Nobody sings Cohen like Cohen," writes RFT staff writer Aimee Levitt in her review of the poet and musician's performance on Saturday night at the Fabulous Fox Theatre. "His lyrics combine wordliness, wisdom, sly self-deprecation, biting sarcasm and the righteous rage of an Old Testament prophet, sometimes all at once," she writes. Even the mayor of this city asks on his Twitter profile, was it "the concert of the year?" Fun fact: St. Louis native Joseph Carenza is Cohen's road manager.
Read Levitt's full review and check the set list here: "Show Review + Setlist: Leonard Cohen at the Fabulous Fox, November 7."