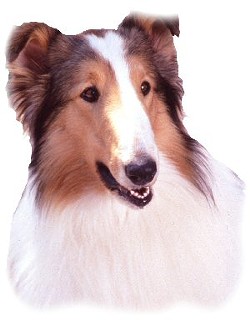 This just in from the St. Louis County Police:


On Sunday, November 1, 2009, at 6:30 p.m., St. Louis County Police Officers Kevin Martin, Jared Ruhland and Sergeant Daniel O'Neil, South County Precinct, found and rescued a canine from the Mississippi River. The dog was trapped on a small piece of land in the river surrounded by rapid moving rising floodwater.

The officers responded to Cliff Cave Park after residents living near the park heard a woman crying out for help. The officers found a woman who stated that her border collie broke off the leash to chase two deer into the woods. The woman stated that her (sic) and her mother had searched for the dog but could not find it and were concerned about the nearby flooding Mississippi.

The officers searched the dark woods and heard the dog whimpering and whining on a dry spot in the river approximately one mile away from its owner. The dog was completely wet and scared to cross the 40 yards of fast moving water. Officer Martin and Sergeant O'Neil went into the cold water up to their necks and waded over to the dog as Officer Ruhland held a light and guided them.

Once across, the dog was scared of the officers until they fed him a wet sandwich they had brought to gain the dog's trust. The officers carried the dog back to shore and reunited the border collie, named "Murphy" with its owner. Murphy was taken to a veterinarian as a procautionary measure.