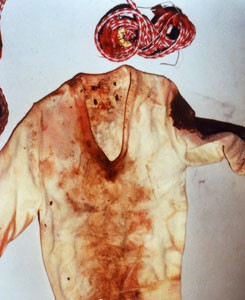 Twenty-seven years ago this February the headless body of a young black girl was discovered in the basement of an abandoned building in St. Louis.

Police have never been able to identify the child, and her murder (or murderers) remain at large -- that is, if they're still alive today.

In 2004, the mystery of the girl known only as "Jane Doe" was featured in an in-depth RFT article, "The Case that Haunts."

Five years later and this cold case continues to haunt the police who first investigated the child's murder back in 1983. Now a new generation of homicide detectives find themselves obsessed with unraveling the mystery.

Today those cops have a powerful new aid.

The website for the popular "America's Most Wanted" television show recently came out with their own story on the case.

In its 20-plus years on TV, AMW has helped authorities capture more than 1,000 criminals and fugitives. Here's hoping AMW fans can help crack another cold case -- one that's gone on too, too long.