Remembering 1983 -- The Last Year So Many St. Louisans Were Out of Work 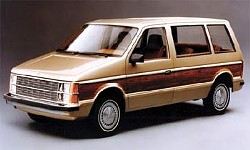 The number of people looking for jobs in the St. Louis region jumped to 10.2 percent in September, according to Federal Reserve figures.

That's an uptick of nearly a full percentage point from the 9.5 percent of the region that was out of work in August.

The last time St. Louis region had an unemployment rate of 10 percent was in August 1983. How long ago was that?

Consider this, back in 1983 the Chrysler plant in Fenton (you know, the one that was shuttered earlier this year?) was just starting to churn out the very first Dodge Minivans.