October 28, 2009 at 8:15 AM
comment
An outpost of Louis Farrakhan's Nation of Islam has plans to build its first mosque in St. Louis.

The group, known as Mosque #28, held a fundraiser last Sunday to raise the monies needed to renovate an existing building in the Walnut Park neighborhood of north St. Louis. 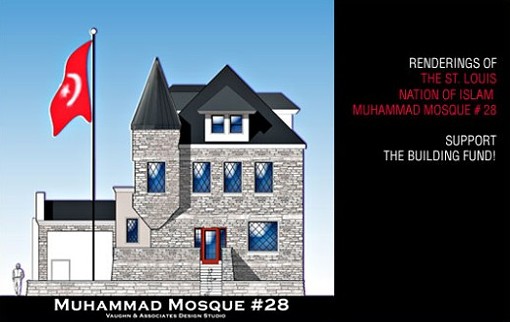 Currently the mosque is based in a Roberts Brothers property on North Kingshighway. According to an e-mail solicitation, Mosque #28 plans to focus on mentoring and youth programs when the new building is up and running.

Minister Donald Muhammad has not yet responded to requests for comment.