October 28, 2009 at 12:45 PM
comment
Add Missouri Congressman William Lacy Clay to the number of folks outraged that a bar in Chicago refused to allow entry to six African-American students from Washington University. 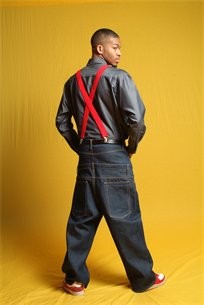 Today the the congressman asked the U.S. Department of Justice to investigate the alleged act of racial discrimination. Washington University students are preparing a another ress conference today to discuss the matter further.

For those of you who've somehow managed to avoid the barrage of news stories (national and international) about the incident, here's the deal: A group of Wash U. students were in Chicago on October 17 and had arranged an all-you-can-drink deal with the tavern, "The Original Mothers." The club has a strict dress policy -- including a no-baggy-pants policy.

The students claim that when they arrived six black members of their group were denied entry for their clothing even though many white members of the group had baggy jeans on as well. When a skinnier white student switched pants with one of the heavier black students, the white student was then allowed into the club.

The pub says it is reviewing its dress-code policy.