This October Already Wettest on Record and Guess What? It's Raining Again! 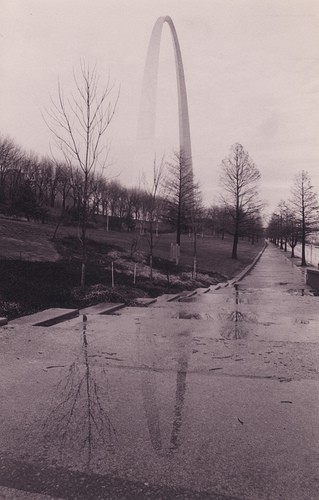 Maybe it's a case of the pathetic fallacy, what with the Cardinals' rapid post-season collapse and all.

As of yesterday, October 25, 8.84 inches of rain had fallen in St. Louis this month. Observant readers will note that there is nearly a week left in October. Those same readers will also note that it is raining right now.

National Weather Service meteorologist Doug Tilly is predicting rain for the rest of today, tomorrow and Thursday through Friday night. Is it possible that we can reach the glorious pinnacle of ten inches of rain before Sunday, November 1?

Well, come on, St. Louis rain gods. Let it pour. We might as well do this right and set a record no other year can possibly beat.

For purposes of comparison, as of Saturday, October 24, Seattle got 3.67 inches of rain in October, nearly an inch and a half more than normal.