Over the Weekend: Bruce Springsteen, Victorian Fetish Ball, A Place to Bury Strangers and Samantha Crain

October 26, 2009 at 2:58 PM
comment
It was a weekend for great concerts in St. Louis. We also saw the pre-Halloween parties begin. Here's a recap of our weekend coverage.

On Saturday night, the tenth annual Victorian Fetish Ball got underway at Lure nightclub. Although as these photos suggest, the party may have strayed from the traditional theme this year. See for yourself in this slide show.
Three top concerts drew music fans from their homes on Sunday night.

Bruce Springsteen at the Scottrade Center 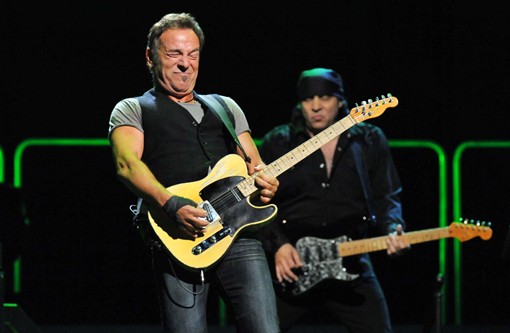 On Sunday night Bruce Springsteen and the E Street Band returned to St. Louis for a more than three-hour show, after last playing here in August 2008. Christian Schaeffer was at last night's show and brings back this Boss review and set list, while Mark Gilliland has these photos from the St. Louis Springsteen gig.
A Place to Bury Strangers at the Firebird 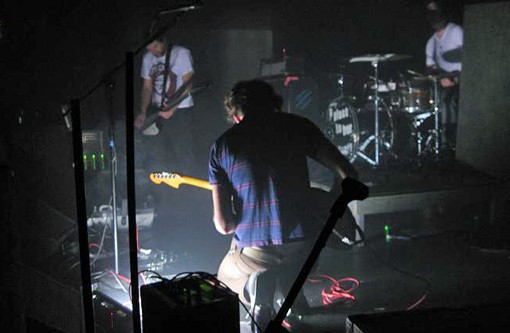 Shae Moseley was in the audience for last night's A Place to Bury Strangers gig at the Firebird and despite the deafening volume the band is known for, Moseley writes that the band made sure to only fill the air with pleasant frequencies. Read more of the review in A to Z.

Samatha Crain, Theodore at Off Broadway

Music writer Katie Moulton was in the audience for last night's Samantha Crain show, the last gig of a tour that's kept the musician on the road since -- wait for -- February. Moulton writes:


Samantha Crain played the penultimate show of her latest tour at Off Broadway last night--and she wrapped it up as the boss. The Boss, that is--donning a folded red bandana around her forehead, the diminutive musician, vocalist and band leader opened her set saying, "I'm Bruce Springsteen, thanks for coming." Though the specter of the simultaneous Springsteen Scottrade show lingered in the gaps between audience members, Crain headlined an intimate performance with dark charm and prickling energy. Take that, Bruce. Read more of this show review.