Tony La Russa Back for Another Go 'Round

October 25, 2009 at 6:12 AM
comment
Well, it looks as if Tony La Russa will be returning to manage the St. Louis Cardinals once again in 2010. He hasn't made any sort of official announcement as of yet, but all signs point to La Russa coming back for his 15th season wearing the Birds on the Bat.
How do I feel about TLR being back at the helm in 2010? Well, I'm glad you asked. It would have been much more awkward if you hadn't. 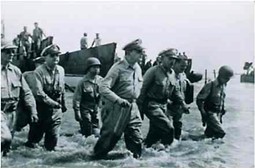 To tell the truth, I have mixed feelings about La Russa coming back, but on the whole I think it's probably a good thing. There are plenty of times during the season I disagree with Tony on a variety of things, from bullpen usage to his allocation of playing time to the favoritism he shows to certain players, but I also firmly believe Tony La Russa gets as much from his players as any manager in the game.
Now, don't get me wrong, I don't think that means Tony, or someone else, couldn't do a better job. The problem with the managerial profession is of all the positions in an incredibly insular world, none more perfectly reflects the power of Conventional Wisdom than manager. It's always interesting to watch an argument between a stathead and someone more conventionally inclined when it comes to the impact of managers, because the argument always ends up in a logical cul de sac. At some point, the stahead will make the argument the manager could have made some move which would have increased his team's chances of winning, or scoring a run, or some other desirable outcome, by X percent.

In fact, the stathead argues, in the particular situation being discussed, a manager should alwaysalwaysalways take the higher percentage play, because it's been proven, by various run-scoring models, that doing blank will increase your overall run production by six runs over the course of a year. The traditionalist will then argue that no, you have to play to the situation, and all situations are not the same. The stathead counters with no, in this situation, you should always take the path which gives you the better percentages. The traditionalist then says, "Well, if that's the right way to do it all the time, then why don't I see managers doing it that way?" 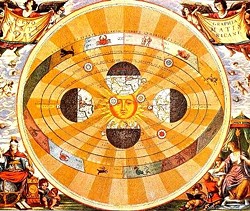 And there's the problem. There is no answer to that argument. Copernicus probably heard the same thing when he argued the Earth went around the Sun. "Well, I don't know Copernicus. Sure, you make a good case, but if that's the way it is, then why does everyone else say it's the other way around?" That's why it's so hard to argue against Conventional Wisdom: all the experts believe the same thing until they're proven wrong. And hey, they're the experts, right, so why wouldn't we listen to them?
But I digress.
Back to La Russa in particular, as much as I often disagree with the specifics of his managing, I don't think his message is stale yet. The players buy into what he says, and I think that's one of the more important aspects of managing. I tend toward the school of thought that managers can do very little to affect a game in a positive way; a manager can certainly cost his team a game with a poor move, but he cannot win a game with a good move. Thus, in examining a manager, I think the pertinent question is, who costs his teams the fewest games? By that metric, I think Tony La Russa is still a very good manager.
What I am less sanguine about is the apparent fact we'll likely see Dave Duncan on the bench again next season as well. While I disagree with many of the things La Russa does on the micro level, I still agree with his overall philosophy. With Duncan, though, I disagree with most everything he preaches. I think he's poor at working with young pitchers, he's far too dogmatic overall, and I think the way he handled his son Chris being traded showed a disturbing and, frankly, unacceptable lack of professionalism. Any other player would have been gone long before there were even rumblings about Chris, yet Dave still felt it necessary to show up the organisation and make it a personal vendetta when the deal was made. You look at Baby Dunc's level of production, and it's completely unfathomable how he was on the team as long as he was. Well, at least until you look at his last name, that is.
At one point in his career, I think Duncan probably was a great pitching coach. He did wonderful things with Bob Welch, Dave Stewart, and Dennis Eckersley in Oakland. He continued that in the early years here with guys like Todd Stottlemyre and Daryl Kile. But in recent years, it seems Duncan's good ideas have gone from idea to belief and then straight on past to dogma, and that just isn't good. Sure, the success Joel Pinero had this year shows the Duncan Plan can still be effective, but let's face it: the Cards could hire an eight year old and pay him to yell, "MORE SINKERS!" through a megaphone at the pitchers and Pinero would have heard the same exact messge.
At some point, Dave Duncan decided there was only one way to be successful in baseball, and anyone who doesn't do it his way is just impossible to work with. Young pitchers, in particular, need to adjust their way of pitching to Duncan's philosophies, while veterans are at least given the benefit of the doubt they aren't complete idiots. Add in the philosophical differences Duncan has with the minor league staff and his apparent personal disdain for Jeff Luhnow, and I just don't think Dave Duncan belongs in this organisation any longer. Sadly, it appears he and La Russa remain, as always, a package deal.
In the end, I think La Russa returning is probably a positive thing, both because I think he's better than many of the alternatives but also because I believe his return signals a willingness on the part of the Cardinal organisation to do what it takes to field a winning team. I defended the Cardinals all through the process of trying to shed the dead payroll left behind at the end of Walt Jocketty's tenure, believing they were doing what was best for the team in trying to 'reset', as it were. Even so, there were times when even I worried they were taking the cheap route, rather than the route which would lead to a better team.

I don't believe La Russa would be coming back if he weren't firmly on board with the direction of the franchise, and so I believe DeWitt and Co. will do what it takes to continue building a winning product. Of course, I reserve the right to take all that nice stuff I just said back if that includes a return to the farm-system-gutting, trade-happy ways of John Mozeliak's predecessor.
So welcome back, Tony. Personally, I was fairly sure you'd be back all along. I look forward to at least one more season of you pissing me off on a nightly basis.