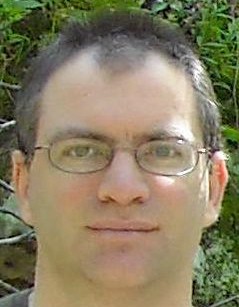 In case you missed Deb Peterson's schmooze on Todd Smith, the former Suburban Journals reporter who was wounded in the Kirkwood City Hall shooting a year before being laid off by the employer he took a bullet for: Smith has been hired by The State Journal-Register in Springfield, Illinois.

Smith is now an editor and writer for the newspaper's medical website, BeHealthySpringfield.com.

After being shot in the hand by Charles Lee "Cookie" Thornton in February 2008 while he covered a public meeting, Smith says he knows a thing or two about medicine and hospitals. "One of the first stories I did was on people who are knitters and who set up a knitting group for people who have brain injures," he tells Daily RFT. "I get the idea of what an injury is like, obviously."

Smith was out of work for nearly five months after the Lee Enterprises-owned Journals canned him during lay-offs this past April.

In other news, Smith and his boyfriend of three years, David Kaplan, married last Sunday up at The Westin Copley Place in Boston. Kaplan is an associate professor at St. Louis University's business school.

The couple honeymooned at a gay-owned B&B in Woodstock, Vermont. They're having a reception here in November at the phd gallery.