Let the Panic Begin: Albert Pujols to Have Elbow Surgery

October 21, 2009 at 7:04 AM
comment
Well, we all knew it was coming eventually. Just a matter of time, really.
Of course, knowing it was inevitable that Albert Pujols' balky elbow would eventually necessitate a surgical fix doesn't make it any easier to swallow when said inevitability becomes a reality. Albert is going under the knife today to have five bone spurs removed from his troublesome right elbow, and there is a very real chance this may just be the first of many surgeries. (And by the way, make sure you read the comments section under the linked post. That's exactly why I hate the whole Best Fans in Baseball rhetoric.)

Ordinarily, I would tell you not to panic. I would give you all sorts of reasons why this is going to be fine, and the Cardinals are going to weather this storm, and, to quote Bob Marley, every little thing is gonna be alright.
However, this is not an ordinary day. Albert Pujols is not an ordinary player. So go ahead and panic. It's okay. If you feel the need to run naked into the street, screaming and weeping, you do just that. Then, after you've finished your run (and the possible accompanying visit to the local jail), come on back and join me after the jump. We'll talk about whether or not this really is going to be alright.
Okay, first off, the current prognosis is as follows: Albert will have surgery today to remove bone spurs from his elbow and will be ready to go for spring training of 2010. This is not Tommy John surgery, nor is it in any way directly affecting the ulnar collateral ligament. It is a procedure to remove calcium deposits which have become large and painful.

Now, let me tell you what I think. I think Albert is going to have to have Tommy John surgery. In fact, not only do I think Albert is going to have to have Tommy John, I think he's going to have Tommy John before we see him back on a baseball field. Why do I think that? Because we've heard this story before, back in the spring of 2007.
Back then it was Chris Carpenter having surgery to remove bone spurs after making a single abortive appearance on Opening Night against the New York Metropolitans. We were told he was just having some soreness and would be back in a matter of a month or so. Then he threw a couple side sessions, and his arm ballooned up like the Michelin Man's. So Carpenter was shut down again, and he was going to have a procedure to remove bone spurs, and he would be back in a couple months. So the doctors went in and took out the bone spurs. Then, unfortunately, it was discovered said bone spurs were pretty much all that was holding Carp's elbow together. And so it was Tommy John surgery after all, despite the fact everyone in the organisation had been busily -- and vehemently -- denying TJ was an option.
Do I know how it's going to be with Albert? No, I don't. But what I do know is this: Albert Pujols has had a bad elbow for about six years now. We've all known for years surgery was eventually going to be needed, and it would likely be of the ligament-replacement sort. Now Albert is going in to have bone spurs removed from his elbow, and bone spurs are usually caused by a problem with looseness in a joint, often caused by a damaged ligament. Rather than sliding nicely along with only the barest bit of friction, the bones in such a joint bump into each other and cause damage. The result is calcium deposits on the surface of the bone which then harden and grow into painful spurs.

Albert himself has denied his balky elbow played any part in his late-season slump this year, but I'm not sure I buy it. In fact, I'm completely certain I don't buy it. I respect the mang immensely for refusing to make excuses, but when a part of your body directly involved in swinging a bat refuses to work properly and without pain, it's going to affect the way you play. I had some elbow trouble myself last year, just some tendinitis, but it affected absolutely everything. I couldn't swing a golf club at all, as I could barely straighten my arm. I had little strength in the arm. It goes without saying I couldn't throw properly. Hell, it even hurt whenever I tried to, um, nevermind. 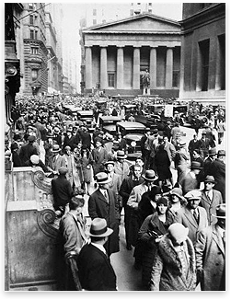 Personally, I'm preparing myself for the worst. I honestly think when doctors Paletta and Andrews get inside Albert's elbow and look around, they're going to find a ligament pretty much shredded by six years of wear and tear after already being partially torn, and it just isn't going to be enough to continue holding the elbow together. I think Albert has the TJ surgery, and we don't see him again until sometime in the middle of the summer. Depressing? Yes. Then again, just think: we've seen Albert Pujols put up some of the greatest offensive seasons in the history of the game with a bum elbow. Just think what he could do with two healthy arms.
Now, I could certainly be wrong. I have no medical training whatsoever, nor did I stay at a Holiday Inn Express last night. I'm really just trying to inoculate myself against the worst. But we've been waiting for Albert's elbow to go all molotov on us for quite some time, and I don't think it's all that unlikely the worst will come to pass. Personally, I wish Albert had gotten his elbow taken care of back in 2007 when the Cardinals fell out of contention, but that's all water under the bridge now.
So should we all be panicking this morning? Nah, probably not. It's entirely possible Albert will go in, get his bone spurs taken care of, and be just fine for another couple years. On the other hand, if you feel like taking that naked run, I certainly won't be too quick to blame you.