Hey, Rams Fans, It Could Be Worse 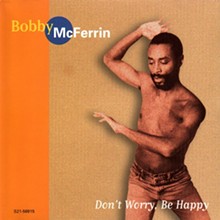 Let's face it, folks; it's tough being a St. Louis Rams fan these days. Sure, they took the Jacksonville Jaguars into overtime yesterday before losing, but the Jags aren't exactly the '85 Bears or anything. They're 0-6, the offense is just flat-out awful, the defense is routinely getting beaten up because they're on the field 40 minutes a game, and there really isn't a whole lot of hope on the horizon.

It's going to be a long, ugly season here in Rams country, make no mistake.
On the other hand, there is a disaster going on right now in the nation's capital that makes our own team look not only functional, but downright admirable. I speak, of course, of the Washington Redskins and their coaching dilemma.
Here in St. Louis, things are ugly with the team. They're short of talent in several key spots, there are still too many mistakes and loose plays, and there are times when the scheme on offense seems a little puzzling. But at least everyone is mostly pulling in the same direction. Steve Spagnuolo has the players playing hard for him; even in a couple of really ugly games there was no real giveup in this Rams' team. They may get beaten -- and let's face it, that "may" is really a "will" -- but you can be sure everyone in the Rams organization, top to bottom, is dedicated to getting this franchise back on track. It's just a slow, and occasionally painful, process.
In Washington, though, you have a true mess. Jim Zorn, the Redskins' head coach, has just been relieved of his play-calling duties by the Vice President of Football Operations, Vinny Cerato. Sherman Lewis, who was brought in recently as an "Offensive Consultant", an Office Space worthy title if ever I heard one, will reportedly take over calling plays. Lewis has been part of the Redskins organization for two weeks now, after retiring in 2004. That's right, he retired in 2004, spent five years away from the game, was brought in as some sort of Orwellian offensive minster two weeks ago, and is now going to be calling plays for the team.

You think the Rams' ownership is a little iffy these days? Sure, they're on the selling block, and Rush Limbaugh is trying to buy them, but look at the Redskins' owner. Dan Snyder has long been seen as one of the best owners in football, largely because he's always willing to open the checkbook anytime there's a problem. Something needs to be fixed? Dan Snyder is more than happy to throw some money at it.

There's only one problem: Dan Snyder is fucking crazy.
No, seriously. Dan Snyder is moving further and further toward the Al Davis/Jerry Jones end of the ownership spectrum. They are guys who make bizarre and seemingly unmotivated decisions because they're randomly struck by a notion of what is going to turn their football team around on any given day.

Greg Williams, the former Washington Defensive Coordinator, was one of the Golden Boys of football coachdom just a couple years ago; Snyder fired him in January of 2008 in the middle of searching for a head coach. Perhaps I'm misinformed here, but I would think you should probably hold off on firing your coaching staff in the middle of trying to find a new captain for your ship. Sure, the new captain might want to bring in his own crew, but what if he doesn't? What is he really liked the old crew? You certainly can't bring a guy back after you've fired him.
So now you have players demanding (anonymously, of course), that ownership publicly address the future of the head coach so they don't have to continuously answer questions about the situation. Instead of offering any such vote of confidence, the front office pulled Zorn's play-calling duties and gave them to a man who was hanging out at the senior center calling bingo three weeks ago. Don't get me wrong, Sherman Lewis is a tremendous offensive mind, having won Super Bowls with two separate teams, but he was retired at the beginning of this month.
The Rams were a very dysfunctional bunch for a long time; the infighting between Jay Zygmunt and Mike Martz and Charlie Armey and John Shaw and pretty much everyone else is a big part of the reason why the Rams team is in the sorry shape it is now. But things are better now. There's unity down at Rams Park, and a sense things are moving in the right direction, however slowly. Everyone from the top on down is moving in one direction now.
On the other hand, you look at Washington, and you've got what the Rams used to be: A coach being systematically stripped of his powers, an owner who just won't put down his copy of Al Davis' biography, an executive who ran the previous coach-in-waiting out of town, and a newly appointed play-caller who was playing bingo this team last month.
So yeah, the Rams are 0-6, and they're a really bad football team. But you know what? It could most definitely be worse.