October 16, 2009 at 3:46 PM
comment
Here's your guide to having fun this weekend on a budget. Looking for live music? Check out our weekend concert calendar. 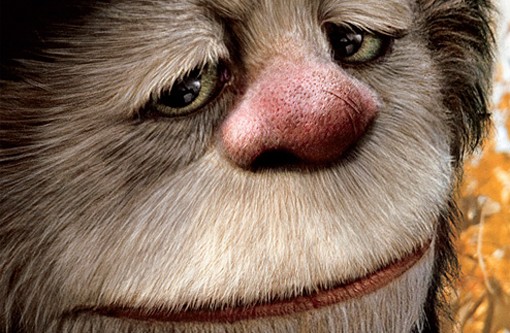 Where the Wild Things Are at various theaters (Friday)
While J. Hoberman questioned some of director Spike Jonze's methods in this adaptation of the 400-word children's classic, the buzz about this film is inarguable. It opens Friday at various theaters here and across the country. Read Hoberman's full review before you go see Wild Things.

Paint by Numbers at Mad Art Gallery (Friday)
The Saint Louis City Open Studio & Gallery (314-865-0060 or www.scosag.org) hosts a fundraising event where everyone who wants to be an artist is an artist if only just for the night. Paint by Numbers is held at the Mad Art Gallery (2727 South 12th Street) -- it sounds artsy already! -- and throughout the evening attendees get to take up brushes and contribute colors to the largest paint-by-numbers mural in the state. $3-$5. Alison Sieloff has more details here.

Empire of Dust at Hoffman LaChance Contemporary (Opens Friday)
Jon Cournoyer's large-scale collages have taken on a darker cast in the past two years. The work in his new show, Empire of Dust, still prominently features Edwardian-era figures and storybook animals, but the narrative beds of borrowed images these characters rest upon have changed. Cheerful moons and fairytale landscapes have given way to early-American advertisements, maps of war zones and the recurring image of a plump child relentlessly gorging himself. Free admission. Paul Friswold has more details here.

Mirah at Billiken Club (Friday)
To some, the idea of a remixed indie-rock record makes as much sense as a twelve-inch dance version of a Bach fugue. However, folk-pop singer Mirah seems to have missed the memo that these art forms seem incongruous: After 2004's C'mon Miracle, she released Joyride, a double-disc of remixes done by her fellow K Records artists. But whether skittering drum-machines or lo-fi tape fuzz accompany her songs, Mirah's sweet voice and trenchant lyrics find a way of sinking into the listener's heart. Free. Christian Schaeffer has more details here.

Not Waving But Drowning at Fubar (Saturday)
Not Waving But Drowning's proto-screamo would have been groundbreaking had it existed a few years earlier - and yet many bands have since turned similar juxtapositions of Sabbath riffs and Bane breakdowns into profitable careers. With this weekend's reunion show, Not Waving But Drowning finally has control over its own context: It's not another local could-have-should-have, just a defunct rock band performing a few old songs simply because it wants to play. $10. Ryan Wasoba has more details here.

Indie Underground: Saint Louis Fashion Week Designer & Handmade Market at Hotel Lumiere (Friday & Saturday)
Those runway models, their skeletal forms always hogging the spotlight, their bodies draped in fantastic fabrics. It's enough to make one want to just give up and don a burlap sack for life. If handmade, indie apparel, jewelry and accessories are more your speed, avoid the runway and instead hit up Fashion Week's hidden gem: the STL Craft Mafia's two-day market. It runs 11 a.m. to 5 p.m. Friday and Saturday at Hotel Lumiere on Laclede's Landing. Free admission, of course. More information is here.

St. Louis Interactive Festival 2009 at Shock City Studios (Saturday)
It's 2009. You have likely blogged, even if you didn't realize it (That last Facebook status update? That definitely counts.) Why, you're even reading a blog right now! If you're interested in online publishing and want to become better at it, or meet like-minded folks who have the same interest in learning how the interwebs can help them, the St. Louis Interactive Festival is where you should be this Saturday. It's free, but only 200 seats are available. Need to know how to take better photos? Just have a deep and wide interest in self-publishing online? This one-day conference should have those answers and more. More details here.

Magic House 30th Birthday at the Magic House (Sunday)
Take advantage of the Magic House's 30th birthday celebration for a free or reduced-price look at everything the children's museum has added over those three decades. Kid-size replicas of the Oval Office, Lewis & Clark's camp, a construction site and an entire town. Crazy oversize musical instruments; zones for playing with water, air, bubbles and sand. And of course, the Giant Silver Ball endures. Jason Toon has more details here.