October 15, 2009 at 2:00 PM
comment
Rush and the Rams weren't meant to be. And now Rush says he saw it coming from the very beginning. 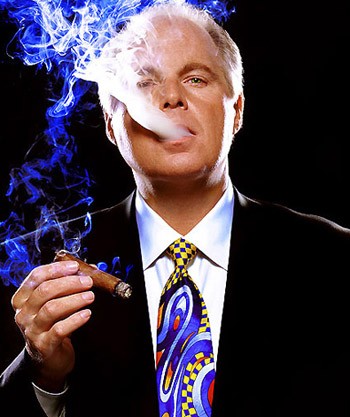 Limbaugh took the opportunity in the opening moments of the show this morning to blame Dave Checketts for the last several days' brouhaha, saying Checketts assured him that NFL officials were kosher with him becoming an owner of the St. Louis Rams.

Limbaugh said he and Checketts met on the links earlier this year. In May, Checketts proceeded to visit Limbaugh's Palm Beach home to pitch the conservative talk-show host on taking a minority stake in the ownership group.

Limbaugh said he then brought up his own reputation for being a bit of a firebrand. "You know there could be a firestorm," he said he told Checketts.

According to Limbaugh, an undaunted Checketts assured Limbaugh that he wouldn't be on the house call if he hadn't already told "people high up in the NFL" of Limbaugh's potential involvement.

Limbaugh said Checketts called him Tuesday night to apologize, and asked the radio host to withdraw his stake. Limbaugh rebuffed him, saying, "If you want me out, then you publicly fire me."

Checketts gave him the boot yesterday.

Before the program ended, Limbaugh said he was probably saved by fate. "I think I've been spared a whole bunch of future grief down the road."