Will a Change at KMOX Return it to No. 1? 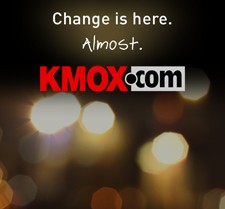 All day KMOX (1120 AM) has been teasing a "major change" in the works at the station.
But will that change be enough for the "Mighty Mox" to regain the title?
Just last week the talk-radio station was ousted as the No. 1 station in St. Louis after a reign of at least four decades.
The most popular station in St. Louis now goes to 106.5 "The Arch" (WARH-FM) -- a station of pre-formatted pop/rock classics. (Proving that St. Louisans are indeed getting dumber by the decade.)
What's in store for the new KMOX? Mum is the word over at the station. But here are my guesses: