St. Louis Out Drinks Kansas City 2 to 1 When Partying on Tour of Missouri's Largesse

An audit of last year's Tour of Missouri reveals some eye-popping numbers on how the state spends money for its popular bicycle race.
The audit, made public last week after the Associated Press filed a request for the document, shows that outside accountants found a number of problems with how the state manages the $3.3 million event -- of which about half the money comes from taxpayers.
According to the audit (viewable here), the race lacks "policies and procedures for handling its finances." Tour of Missouri made payments that exceeded contracted amounts and had no policy on what constituted "allowable expense reimbursements." (Perhaps that's how they paid for Georgia models to serve as the "Podium Ladies" for the event?)
The race also spent prodigiously on food and drink for its supporters and organizers. 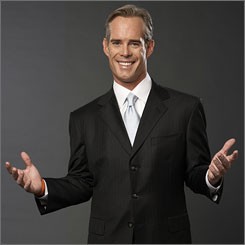 Two of the biggest expenses came just before and after the race, with Tour of Missouri hosting parties in Kansas City and St. Louis. The kickoff soiree at the Hyatt in KC billed the race $9,600 for food and $3,400 for alcohol.
The wrap-up party at J-Buck's Restaurant in downtown St. Louis had a similar food bill: $9,200. The bar bill, however, nearly doubled the one in Kansas City with Tour of Missouri officials expensing $6,400 for an "open bar."
The Democratic-friendly website Fired Up! Missouri has used the findings in the audit to attack the race's chairman -- Lt. Governor Peter Kinder (Missouri's top Republican).
Meanwhile, Kinder has released an "economic impact" statement on this year's tour. The lieutenant governor claims that the seven-day race contributed to $38.1 million in spending across the state. That's up from $29.8 million last year.
"I am very pleased that for the state's investment of $1.5 million in the Tour of Missouri, we were able to return over $38 million to communities in our state," said Kinder.