October 09, 2009 at 3:10 PM
comment
Some weekends there are more options than others when it comes to finding something fun to do on a budget. This is one of 'em. 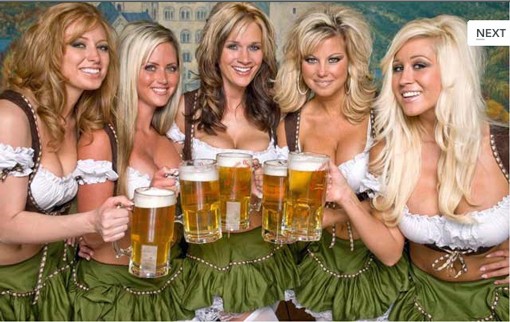 Despite controversy over the amount of littering, noise, and public urination -- one festival will remain in Soulard for at least another year. (No, we're not talking about Mardi Gras.) Soulard Oktoberfest gets going this this weekend in Soulard's Farmers' Market. This year they're charging a cover for the party ($5), but it's still a hell'uva a lot of fun for little cost. Alison Sieloff has all the details here. Check out photos from last year.

Roberly Bell: Inside Out at Laumeier Sculpture Park (Opens Friday) 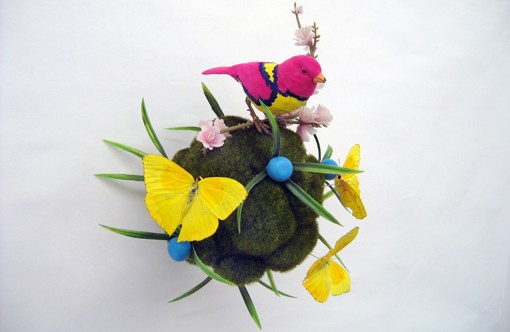 Roberley Bell's artwork toys with the disconnect between how humanity perceives our control over the natural world. Bell's "Wonder Series" of self-contained miniature worlds, inspired by the wunderkammers that were fashionable in the seventeenth century, harken back to a time when humanity accepted that there were elements of the natural world -- oddities of flora and fauna -- that we could not explain, but at which we could only marvel. Roberley Bell: Inside Out, a survey of her work, opens with a free public reception from 6 to 8 p.m. Friday, October 9, at Laumeier Sculpture Park (12580 Rott Road, Sunset Hills; 314-615-5278 or www.laumeier.org). Paul Friswold has more details here.

In the late 1950s, young lovers Charles Starkweather and Caril Fugate killed eleven people in Nebraska and Wyoming -- you might be familiar with their spree via Natural Born Killers. The precise "why" of these tragedies won't ever be known, but Kyle Jarrow offers a current take on the murdering pair and their relationship with his rock musical Love Kills. Alison Sieloff has more details on this production here and Paul Friswold has this review. The production runs through October 24 and tickets start at $10.

SciFest 09 at the Saint Louis Science Center (Through Sunday)

Science is the humming engine that keeps our world running. Science repairs busted satellites and broken bones. Shout it from the rooftops: Science is awesome. The folks at the Saint Louis Science Center (5050 Oakland Avenue) turn theories and hypotheses into hands-on activities that make knowledge accessible to all visitors. Brooke Foster has more info about this year's SciFest here. Tickets range from $6 to $20. 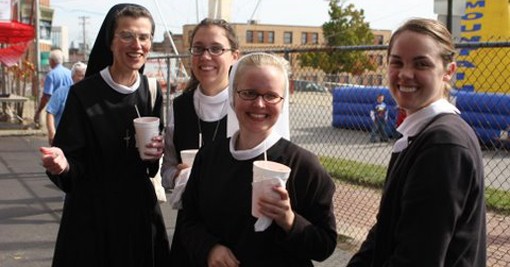 The Alton Oktoberfest happens Friday through Sunday (October 9 through 11) on the grounds of St. Mary's Catholic Church (519 East Fourth Street, Alton, Illinois; 618-465-4284). Oktoberfest is free to the public Friday from 7 to 11 p.m., Saturday from 1 to 11 p.m. and Sunday from noon to 10 p.m. Naturally, there'll be a river of delicious beers on tap -- Paulaner! Warsteiner! Boulevard! -- and in cans -- uh, Coors and Miller -- plus plenty of hearty food, bands and other entertainment. Alex Weir has more information here.

All right, by now you've probably had a look at Chesterfield's sculpture of a giant man on the local news. You were wowed by the size of The Awakening, as J. Seward Johnson's cast-aluminum work is called, and perhaps you were even a bit amazed that such a piece would be permanently installed in St. Louis. So have you seen the five-part sculpture in person yet? Well, what are you waiting for? Get off of your fanny already and go check it out! The community unveiling of The Awakening happens at Chesterfield Parkway West and Lydia Hill Road, and this event not only shows off the huge dude -- who is some 70 feet long! -- but it also introduces him to the nice people of St. Louis, who will be enjoying themselves at the free party held in his honor. The big bash runs from 10 a.m. to 2 p.m., with the unveiling at 11 a.m., and features food, drinks, make-and-take art, the painting of a MetroBus, music and more. Alison Sieloff has more details here. 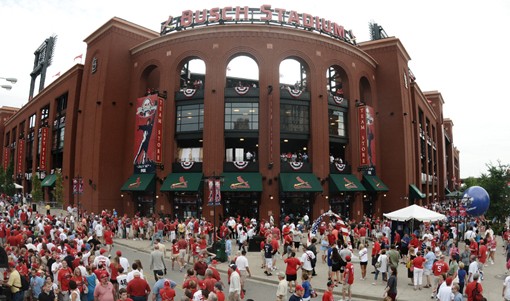 It's do-or-die for the St. Louis Cardinals today when they play the LA Dodgers. The game's a sell-out, and parking is going to be scarce, but get down there a few hours before game-time to soak up the rallies that'll be going on around downtown and if you're of-age, have a few drinks. Mix it up with the Redbird faithful, it'll cost you less than $10.
Riddle of Steel reunion at the Firebird (Saturday) 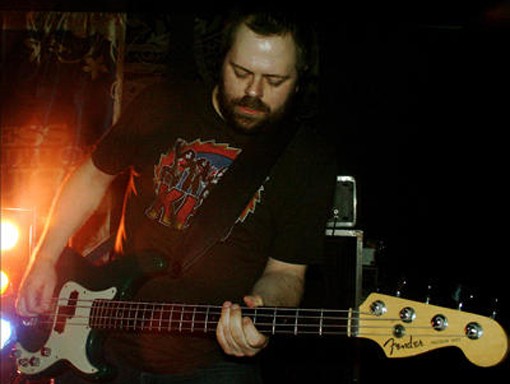 Way back in the late '90s when bands like Riddle of Steel were starting up, they didn't need two drummers -- they just hired a drummer who sounded like he had four arms! There was no need for fifteen people in your band just so you could have some goofy kazoo/dulcimer player who wears a cape for no reason. No sir, Riddle of Steel never got on board with all that poppycock. $8. Read more about this show here.

The free-ness of this twice-monthly dance party at the Halo Bar seems to keep patrons coming back. This Saturday, the young DJ duo "Broasis" are guest DJ's. The party stops at 3 a.m. and you have be 21 to get inside. See photos from a London Calling party this summer.
The Bald Soprano at Saint Louis University's Xavier Hall (Ends Sunday)

Eugène Ionesco's tale of two bourgeois London couples, the Smiths and the Martins, and their meaningless banter has resonated with a far deeper chord than your usual banal TV or movie send-up. Saint Louis University Theatre interprets the absurdist chestnut at 8 p.m. Friday and Saturday (October 2 through 10) with a 2 p.m. performance on Sunday, October 11, at Xavier Hall (3733 West Pine Mall, on the SLU campus) Tickets are $7 to $10, and more information can be found at www.slu.edu/theatre or by calling 314-977-3327. Alex Weir has more information here.