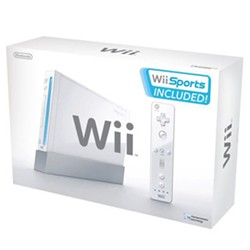 ​St. Louis police officers Ronald Jackson and Christian Brezill have been indicted on charges of theft of government property, after allegedly stealing stolen merchandise after an arrest, Acting United States Attorney Michael W. Reap announced today.
According to the indictment, Jackson and Brezill were uniformed patrol officers assigned to work in the St. Louis Metropolitan Police Department's Sixth District out of the North Patrol Division. They were responsible for collecting, preserving and inventorying evidence; interviewing witnesses; making lawful arrests; conducting lawful searches; and making truthful and accurate reports of their official activities.
The indictment alleges that on July 27, 2009, Jackson was on duty when he received information from an individual that "Jane Doe" was in possession of electronics equipment stolen from the retailer Best Buy, and was in a vehicle on the parking lot of the Phillips 66 station at 5728 West Florissant Avenue.
Jackson agreed with the individual that he would find Jane Doe, seize the stolen electronics equipment from her vehicle, and split some of the stolen electronics equipment with that individual.
Jackson then shared that information with Brezill, who was also on duty and they both drove their police vehicles to the Phillips 66 station to meet Jane Doe. Jackson and Brezill did a computer check on Doe, discovered that she had outstanding minor traffic warrants, arrested her on those traffic warrants, and placed her handcuffed into Brezill's police vehicle.
They searched the trunk of Doe's vehicle and discovered electronics equipment, in original boxes and in Best Buy store bags, including a Sony speaker system, a Phillips I-Pod docking system, speaker cable, a Wii gaming system, an X-Box gaming system, a Logitech computer speaker system, a Dell Inspiron laptop computer, and a Dynex LCD flat screen television.
Jackson and Brezill removed all of the electronics equipment from Doe's vehicle, and placed the items into the trunk of Brezell's police vehicle. They then conveyed Jane Doe to the North Patrol Division where she was booked on the outstanding minor traffic warrants. Doe was neither arrested nor charged relative to her possession of the electronics equipment.
According to the indictment, Jackson and Brezill failed to report to the St. Louis Metropolitan Police Department, either verbally or in writing, their seizure of the electronics equipment from Jane Doe's vehicle.
After their shift ended in the early morning hours of July 27, Jackson and Brezill met at a residential location and split up the seized electronics equipment between themselves. Jackson kept the Sony speaker system, the speaker cable, the X-Box gaming system, and the Dynex LCD flat screen television; he later gave the Sony speaker system and the speaker cable to the individual who had originally provided him the information regarding Jane Doe, and sold the Dynex LCD flat screen television to another individual for cash.
Brezill kept the Phillips I-Pod docking system, the Wii gaming system, the Logitech computer speaker system, and the Dell Inspiron laptop computer; he later sold the Phillips I-Pod docking system and the Logitech computer speaker system to an individual for cash.
Unbeknownst to Jackson and Brezill, Doe was cooperating with federal law enforcement, and the electronics equipment seized from her and stolen by the defendants was the property of the United States of America.
Jackson, 57, St. Louis City; and Brezill, 25, St. Louis City, were each indicted by a federal grand jury on one felony count of theft of United States Property. They surrendered to authorities this morning have made their appearance in federal court and were released on bond. The are presently scheduled to be arraigned next Friday, October 16, 2009.
If convicted, they each face a maximum penalty of 10 years and/or fines up to $250,000.
Reap commended the work on the case by the Federal Bureau of Investigation and Assistant United States Attorney Hal Goldsmith, who is handling the case for the U.S. Attorney's Office.
The charges set forth in an indictment are merely accusations, and each defendant is presumed innocent until and unless proven guilty.