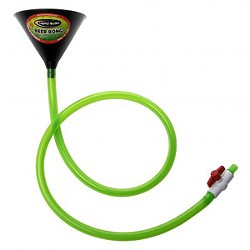 The quarters will go into circulation sometime in the next dozen years -- part of the mint's effort to honor some 56 national parks and sites in all 50 states.

"The natural beauty of Missouri is exemplified by the clear streams of the Ozarks," said Nixon in a statement.

Apart from when the Ozarks quarter will debut, the questions now are what image the mint will use to depict the rivers and whether that depiction will highlight the waterways prior to -- or after -- a ban on beer bongs that goes into effect this year.