September 21, 2009 at 4:41 PM
comment
Well, it's nice to see the Houston Astros are still a train wreck.
Earlier today, the Astros fired manager Cecil Cooper and named third base coach Dave Clark as the interim manager. It probably shouldn't come as a huge surprise to anyone Cooper got fired; after all, what manager wouldn't get canned after failing to take the collection of Hall of Fame talent the Astros' front office assembled this offseason to a title? I mean, seriously. The Astros are one of the best-run teams in all of baseball, and Cecil Cooper was obviously the albatross bringing that team down. 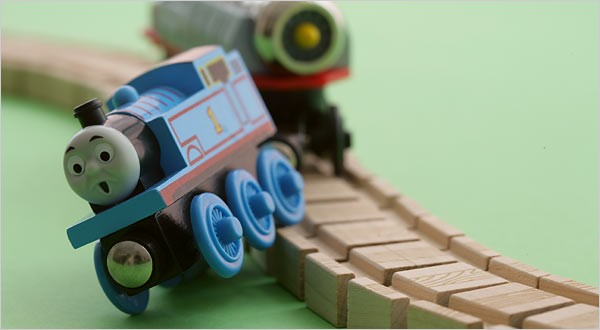 Whoa, hang on a sec. Oww. I think I broke something in my head typing that last sentence.
What we have here is further proof Drayton McLane, owner of the 'Stros, is pretty much batshit insane at this point. Why in the hell would you bother firing your coach with thirteen games left in the season? Why, for that matter, would you bother firing your coach after your team has already been eliminated in the first place?
Don't get me wrong; I have no idea if Cecil Cooper is a good manager or not. Literally no clue. I'm familiar with the Astros roster, and a little bit with their farm system, but I don't watch nearly enough of their games, nor follow them closely enough, to know if their manager is a plus or a minus. So I cannot speak to whether or not firing him was a justified move. Of course, any time a manager is the captain of a losing ship he's pretty much on the hot seat, so it isn't surprising, but that rarely tells you much about the quality of the manager. For whatever it might be worth, Richard Justice of the Houston Chronicle thinks he's a terrible manager, and was surprised he wasn't fired a couple weeks ago. I will say I kind of wish Justice only went by Dick, though. Dick Justice is just an awesome name. (Also, I kind of agree with him on the timing. It might have boosted sales a bit at the beginning of September; now there are only two weeks worth of baseball left.)
But regardless of what kind of manager Cecil Cooper is, he was not going to win with this Astros team. Sorry, but it just wasn't going to happen. It certainly isn't Cecil Cooper's fault the roster is old and overpriced. Not his fault Roy Oswalt got hurt. Or Lance Berkman. Plenty of stuff to blame on the manager, but you can't blame him when players get old and hurt. Still, as I said, the manager is usually the guy who pays the price when the players don't do the job. Comes with the territory. Sure, the organisation is a mess top to bottom, but the field manager is the guy who loses his head first.
What I keep coming back to, though, is the timing. Why do it now? It certainly isn't going to turn the season around; the season is over for Houston regardless of who makes the pitching changes. So why? All McLane had to do was wait two weeks to make this move and everything would have been fine. The two sides could part amicably, the Astros organisation could write up a press release about how fine a manager Cooper is, but they've decided to go a different direction as they try to get back to the top of the NL Central and so on and so on. We've all heard these sorts of releases before. The org looks classy, the manager keeps his dignity, and the move still gets made. Everybody wins. Instead, by making the move now, McLane just makes his organisation look even crazier and more dysfunctional than it did before.
There's no benefit to be reaped from doing this now. Just let him finish out the season, make a clean break, and start the rebuilding process in the offseason. Either get rid of the guy early enough in the season it might make a difference or just don't bother. Doing it this way is just asinine. But whatever message McLane apparently thinks he's sending is more important, I suppose. Not sure what that message is supposed to be, but I'm sure it's incredibly important.
Regardless, I look forward to McLane firing General Manager Ed Wade on the third day of the Winter Meetings this year.