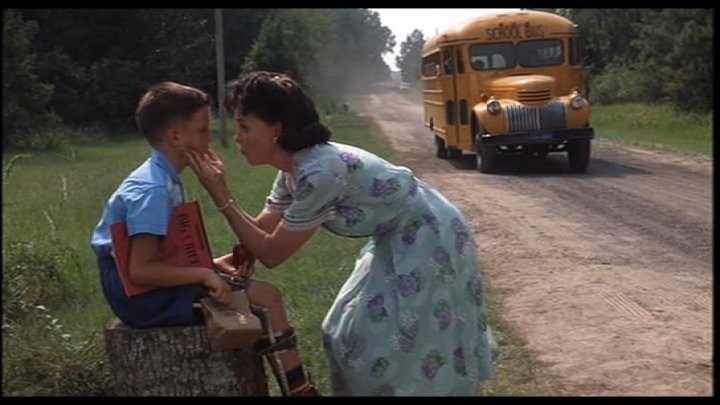 If you haven't yet seen the video of the vicious Belleville West High School bus beating that happened on Monday, go watch it now. It's a brutal example of how high school-- despite all kinds of new technology and political correctness-- hasn't changed much over the past 75 years. There are still bullies and awkward kids still have a hard time finding someone to sit next to on the school bus. Except now the beat-downs are watched by thousands of people on the Interwebz.
For background on the very public incident of bullying, check out the Belleville News-Democrat, who broke the story has interviews with some of the students on board. In short, seven students were suspended after a seventeen-year-old student was choked and punched in the face after he moved a sixteen-year-old's book bag in order to sit down on the school bus. A few minutes later, he was punched again. A few students intervened to prevent a third scuffle.
The bus driver has been suspended while school officials investigate whether he acted appropriately.

Since the victim is white and the attackers black, police initially said the attack was racially motivated, sparking a furor and yet another angry debate about race relations in the area. Authorities have since backed off the race stance (much to the chagrin of that notorious group of Internet commenters) and are calling the incident just plain old-school bullying.
Here's a taste of what the BND is reporting:

The 17-year-old victim was one of just a few white students on the crowded bus about 8 a.m. Monday. A surveillance video from a camera mounted inside the bus shows the victim trying to sit down in one of the few available seats and being choked and punched by a student who tried to stop him from sharing the seat.

"He sat down. It all erupted," Moats said.

D'Vante said the problem appeared to be that the seated student's book bag was knocked to the floor when the victim sat down.

"When the kid threw his book bag down, all the other kids said 'Boo,'" D'Vante said. "He didn't want to look like a punk because he was disrespected, so he hit him. But the first kid that hit him, I think he felt sorry for him. When the second kid hit him, he started bleeding, so then the first kid got some tissue for him. The second hit him to prove that he was tough or something."

Where are Jenny and Bubba when you really need them?
UPDATE: Belleville police chief William Clay spoke to the BND and explained his decision to release the video.