By All That is Holy, Todd Wellemeyer Must Be Stopped

September 15, 2009 at 10:44 AM
comment
At this point, I honestly don't know who to beg, plead with, or pray to who might have some legitimate chance of ridding us of the curse of Todd Wellemeyer.

I tried praying to God after Welley's start in Pittsburgh on the 12th of May, when he gave up seven runs in 4.1, but God seemed uninterested in my baseball team, thus ensuring my lifelong atheism. 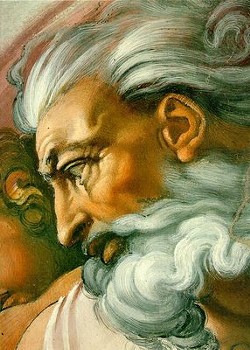 Jesus was no better, kept telling me he helps those who help themselves. Sounds like he just wants me to do the work and him get the credit, if you ask me. The Holy Ghost was pretty cool, but had that whole Scooby Doo thing going on, and really wasn't as much help as I was hoping.
I thought maybe I was going about it the wrong way after the Colonel gave up four runs in five innings on the 1st of June, so I tried Satan. Thought maybe I could get a better offer, like when you have two jobs lined up, you know? Sort of play the two sides off each other. Alas, Old Scratch was a little reluctant to help out much, seeing as how he's a Boston fan. Offered to sell him my soul and everything, but it turns out I already sold him my soul to get to third base with Kerry Pfeiffer my sophomore year of high school. (Totally worth it, by the way.) So no go there.
After Wellemeyer gave up five runs on ten hits in just 5.2 innings to the Mets -- the Mets! -- on the 22nd of June, I decided drastic measures needed to be taken. I tried praying to several Hindu deities, but it was awfully confusing, and very few of them were all that receptive. A couple kept trying to figure out why I cared so much about cricket when I was clearly confused about the rules. I chalked the whole ordeal up to cultural differences and moved on.
Thus, when Todd was once again battered around for five runs on seven hits in 4.1 on the 21st of July, I thought of the Japanese. They love baseball, I thought, so it stands to reason their gods probably do too, right? So I prayed to Ahura Mazda to take away the scourge. Unfortunately, he seemed rather miffed I thought he was Japanese, got all huffy and told me he's actually the supreme being of the Zoroastrian faith. It didn't help matters when I kept arguing he was obviously Japanese, seeing as how he's named after those cars and all. (I won't even bother telling you what I tried after Wellemeyer got shelled by the Phillies. Suffice it to say voodoo is apparently quite a lot tougher than cartoons would have you believe.)
Now I'm at the end of my rope. And so, in this darkest of hours, I turn to the one and only being who seems to have any real control over the fortunes of the St. Louis Cardinals.
O Great La Russa, Mightiest of Geniuses, Lord of Small Sample Sizes, He Who is Named Tony, I beseech thee, no more Wellemeyer!

Thou who hast slain the demons of match-ups, who hath created the Pitcher Hitting Eighth, let never again the plague of the Kentucky Colonel fall upon our doorsteps!

Please, O Manager, hear the pleas of this humble scribe!
See, the thing is, there was really no reason for Wellemeyer to get shelled last night. His stuff was good, with a fastball that pretty consistently sat around 94, so there was no down velocity to blame. He walked only a single hitter, so it wasn't as if he couldn't find the strike zone at all. No, it was just another one of Those Nights for Todd Wellemeyer, another night where his runs allowed and innings pitched were suspiciously close.
I honestly have no idea whatsoever what pitching coach Dave Duncan and manager Tony La Russa see in Wellemeyer which leads them to continue giving him chance after chance after chance after chance. Sure, John Smoltz is feeling a little something in his shoulder, and Kyle Lohse is back in the MRI tube, but Wellemeyer just isn't the answer. I don't care if Mitchell Boggs just pitched in relief; tell him to quit crying and get his ass back out there. If Lohse can't get his right hand to work properly, fine. Throw with your left, Kyle. Shit, call up Shelby Miller. I don't care if he's only twelve years old and his mom doesn't want him pitching after dark. Just please, no more of Col. Todd F. Wellemeyer.
If I ever see Todd Wellemeyer pitching in the first inning of a game for the Cardinals again, it had better be because the Birds just put up 26 runs in the top of the inning and the scheduled starter spontaneously combusted in the clubhouse. Otherwise, the next time the Colonel starts, I'm calling down the wrath of Ahura Mazda on this whole damned city. I can do it, too. Me and him are tight.
Well, sort of.