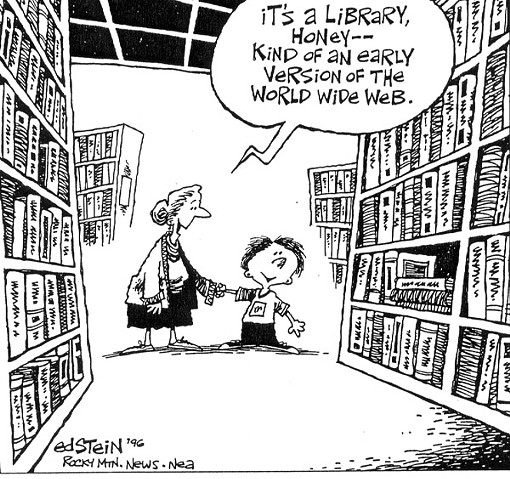 Philadelphia is about to close its public library. Not just one branch-- the entire system-- including neighborhood, regional and main branches and lay off all of its employees. This is incredibly depressing not just because it's the sixth-largest public library system in the country (and one of the oldest, founded by Benjamin Franklin  way back in the day), but because it leaves hundreds of homeless men out of a free, unfiltered Internet connection.
(What? You were expecting sympathy for the citizens of Philly? Last time we checked they were too busy shining laser pointers at the Cardinals and beating each other to death in the parking lot to visit the biblioteca.)
Seriously though, obnoxious sports fans aside, this is an American tragedy. The library might re-open if the city can pass a budget within the next two weeks (right now, they also plan to lay off 1,000 police officers and close all city recreational facilities) but in the meantime, readers are expected to return all books, DVD's, and audio recordings by October 1. If funding becomes available, the library director says they "the expectation is" they'll re-open.
In the meantime, here's what they stand to lose:

From the Free Library of Philadelphia website: Sorry for your loss Philadelphia, but we're still hoping your baseball team loses to the Rockies. Now get off the Internet and go read a book.