September 14, 2009 at 9:51 AM
comment
We here at Daily RFT apologize for this delayed version of Ass Clown of the Week this week, what with Kanye West's late arrival into the mix and regular news blogger Chad Garrison away from the computer screen for the next few days. So who was the rudest among these three Ass Clowns? 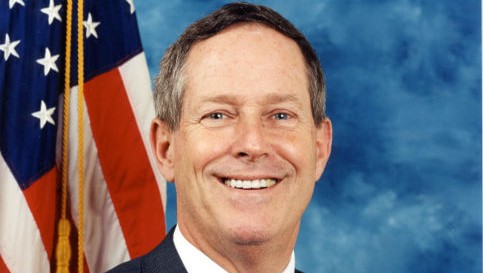 Last week South Carolina Congressman Joe Wilson shouted "You lie!" at President Obama during his speech to both houses of Congress about health care. There was one good outcome, at least for Rob Miller, who has raised more than $900,000 in his bid for Wilson's seat in 2010. Before Wilson's outburst last week, Miller had about $3,000. Then again, that sort of thing used to happen all the time in D.C. For those who thought we had progressed beyond breaches of decorum, uhh nope.

Then pro tennis player Serena Williams allegedly said "I would kill you" to the line judge at the U.S. Open (she was later fined $10,000 for the outburst and ensuing argument.)

And last night, Kanye West came on stage and grabbed the mic from Taylor Swift, who won an MTV Video Music Award for Best Female Video for her song, "You Belong With Me." West said Beyonce's "Single Ladies" video was one of "the best videos of all time! Of all time!"

He probably should have done his homework though, that song was nominated for several other awards as well. Whoops. West was reportedly booted from the event and Beyonce invited the young country singer on stage at the end of the night, when "Single Ladies" won the award for Best Pop Song, arguably a higher honor than the Best Female Video award. At least MTV received some buzz from the whole flare-up.

So who was it? Wilson, West or Williams? All three displayed some pretty remarkable examples of outlandishly bad behavior.