Webster University Dean Apparently Mistakes One Gutenberg for Another

If you haven't heard yet, Webster University is honoring Twitter co-founder (and St. Louis native) Jack Dorsey this month as its "Success to Significance 2009 Person of the Year."
Dorsey -- now of San Francisco and New York -- will be in town September 18 to accept the award and hold a "Tweet Up" to discuss the technology he created.
In announcing Dorsey's award and visit, Webster's dean of the School of Business and Technology, Dr. Benjamin Akande, stated:
​ 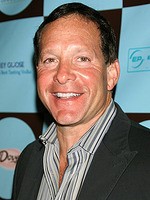 ​"If I were to micro-blog Jacks impact on business and society in 140 characters or less, I'd tweet: Jack Dorsey's Twitter is to our generation what Gutenberg's printing press and Bell's telephone were to theirs."
Uhm, Dr. Akande, have you ever followed Dorsey's tweets? (Exhibit A, B, C .)
You sure you meant Johannes Gutenberg and not Police Academy star Steve Guttenberg?
Now that might be a more apt comparison.