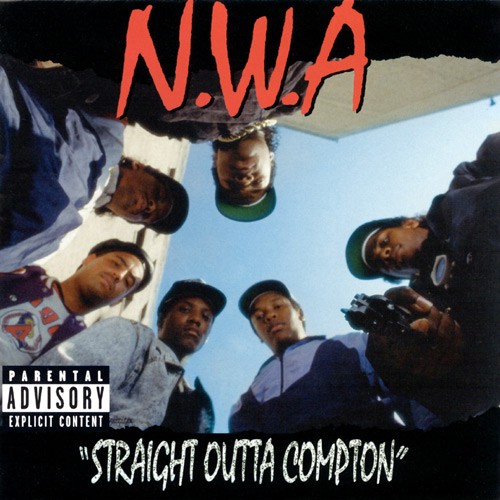 The City of St. Charles School District has suspended a high school teacher for at least one week, reports KMOV, for playing N.W.A.'s "Fuck tha Police" during a senior English class. Some students at St. Charles West High School were reportedly disturbed by the lyrics. Straight Outta Compton was released to great controversy way back in August 1988; this week's kerfuffle likely brought a smile to Eazy-E's face up in gangsta heaven.

It's enough to make N.W.A. fans want to pour one out.

The teacher was reportedly attempting to show the class how the use of offensive language has changed over time. The district superintendent told KMOV that the exercise would have been more appropriate in a college classroom.

That assertion has been a matter of some online debate, as the Internets weigh in on whether seventeen-year-olds are mature enough to ponder -- with a social scientist's detachment -- a song that was written before they were born.

If anything, this latest dust-up shows that some themes just might be timeless.

And, closer to home, the celebrated Cissy Lacks case.

In the mid '90s, Ferguson-Florissant School District teacher Cissy Lacks won a federal lawsuit over her wrongful termination by the school district for, in part,  allowing her students to use "street language" in the classroom. This from the November 20, 1996 edition of the Riverfront Times:


Students had written and performed scripts about drugs, gangs and similar topics, using street language freely. Lacks had deliberately refrained from censoring their creative writing, preferring a method that begins with self-expression and trust, and builds until students develop their own critical faculties, realizing that excessive empty language carries no real power.

For those in need of an N.W.A. refresher, here's a video of the song in question. (Turn it up!)