Ryan Franklin and Trever Miller Both Get New Contracts 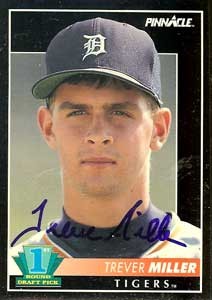 The Cardinals certainly are being proactive this season, aren't they?
Not only did the Cards give Ryan Franklin the new contract the two sides had apparently been discussing for some time, they also resigned Trever Miller, LOOGY extraordinaire, to a new deal. The terms of the Franklin deal appear to be what was already reported, and I've already said my piece on the situation, but I have to admit, the Miller extension took me completely by surprise.
The terms of Miller's new contract are a little more vague, as the Cardinals have yet to disclose the financial details, but it does cover the 2010 season and includes a vesting option for the 2011 season. Personally, I like knowing Miller will be here next season, but I wonder why the Cards felt it was necessary to do this now, rather than simply waiting for the off-season and offering arbitration. In that case, Miller would certainly have simply accepted the arby deal and been back with the team on a one-year contract.
I do think it probably has something to do with the contract Miller signed with the club this past offseason. You may remember the two sides had apparently agreed on the framework of a two-year deal originally, until a team physical revealed some issues with Miller's labrum. The two-year contract was torn up, and a new one-year deal was struck, one with a significantly lower dollar figure and lots of appearance bonuses. I get the feeling this contract has a lot to do with the fact Miller has performed so outstandingly well this season, even with his bum shoulder, and the Cardinal front office looks at this as almost a "make good" situation.
Regardless of the motives involved, I look at the length of these two new contracts, and I'm quite impressed with the job John Mozeliak is doing. As unpredictable as the performance of relievers tends to be from year to year, it's still a good idea to try and build some small measure of consistency into the bullpen if it can be done at a reasonable cost, and reasonable years. Barring some unfathomable dollar figure on Miller's deal, I believe both of these contracts fit those criteria admirably. The left side of the Cards' bullpen is in place for next season, and Dennys Reyes will be leaving after 2010. There are a couple of fairly promising lefties in the minors; Tyler Norrick in particular looks very intriguing as a relief option in the fairly near future. With Reyes leaving after next season, there will be a spot available for the Cards to audition a farm product; Miller will likely be here one year longer and offer a bit of protection and stability. Plus, with the fact 2011 is a vesting option for Miller, he'll only be around if he's still pitching well enough to be a quality option out of the 'pen.
In both of these cases, I can certainly see why there might be an argument against making these deals, especially at the present time. On the other hand, Mozeliak is doing an admirable job of locking up quality components on a short-term basis, without crippling the team in really any foreseeable way.
Maybe this Mo guy knows what he's doing after all.