The Good Samaritan in the Topless Joint 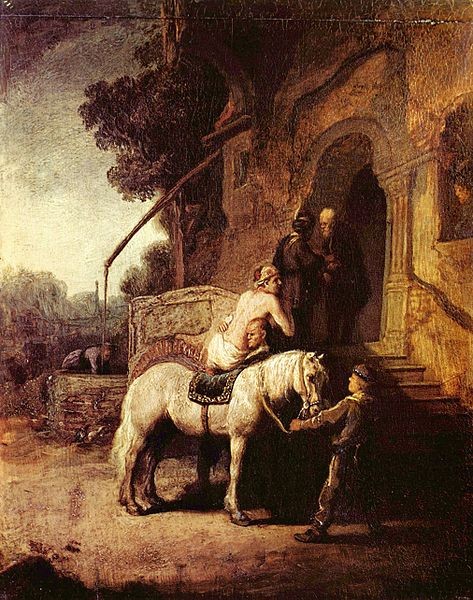 In the Bible, Jesus tells the parable of the "Good Samaritan", who on the road to Jericho nurtured and saved a man beaten and robbed by thieves.

The moral of the story: Even people considered to be the most sacrilegious and despicable within a society are capable of showing tremendous acts of charity and kindness.

In Jesus's time, those outcasts were the Samaritans. In modern days, you might equate them to the folks who who hang out at dingy, topless bars all day.

Today's Post-Dispatch bolsters this comparison in an article that begins: "Two women who were brought to St. Louis and forced into prostitution were rescued by a strip club customer, an FBI agent said Monday."

According to the daily, the women were being held against their will by a pimp named Terrence A. Yarbrough (a.k.a. "T-Rex").

The 34-year-old Yarbrough allegedly coerced the women into prostitution, telling one that he'd drive her to the "middle of nowhere" and abandon her if she didn't work for him. Yarbrough met the the other woman when he promised her a modeling job and then physically beat and intimidated her into prostitution.

Last month one of the women was working at C-Mowe's strip club in Washington Park, Illinois, when she told a customer of her plight. The man took her from the strip club before her first shift ended and had her call the police.

Police later arrested Yarbrough at a downtown St. Louis hotel where he had been staying with the women. Yarbrough now faces a federal charge of sex trafficking that carries a minimum sentence of 10 years in prison.

And the Good Samaritan? The article doesn't say what became of him. Hopefully, though, he's settling into a bar stool at some strip club right about now -- keeping an eye out for injustices and making the world a better place for all.

Jesus would be so proud.